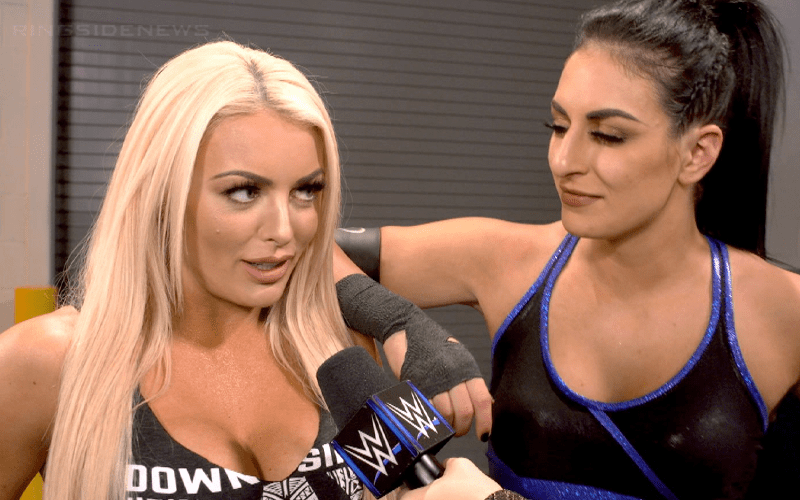 Sonya Deville and Mandy Rose seemed to hint that they might be more than friends recently. Rose even commented about the possibility of this angle happening, but WWE seems to have backed away from it.

The story would have gone that Mandy Rose would have teased Deville and then turned out to be playing her the whole time. However, this might give WWE a bad look.

The decision has been made to press pause on this angle for now as Brad Shepard reports that their reasoning was legitimate.

The idea a couple of months ago with the Mandy Rose/Sonya Deville storyline was Mandy ‘fake’ coming out to Sonya and using her. I’m not sure if that’s the direction still but I do know they had hesitations on following thru due to not wanting to upset people.

One alternative idea they’ve considered to not upset people is Mandy being so self-centered and selfish that she doesn’t even realize Sonya likes her more than as a friend.

You never know when WWE could revive the idea and suddenly start teasing a blossoming relationship between Fire & Desire once again. They’ve gone longer in between addressing storylines and teased others in the past that they’ve later dropped or picked back up later. That’s one of the many things that makes WWE so unpredictable.