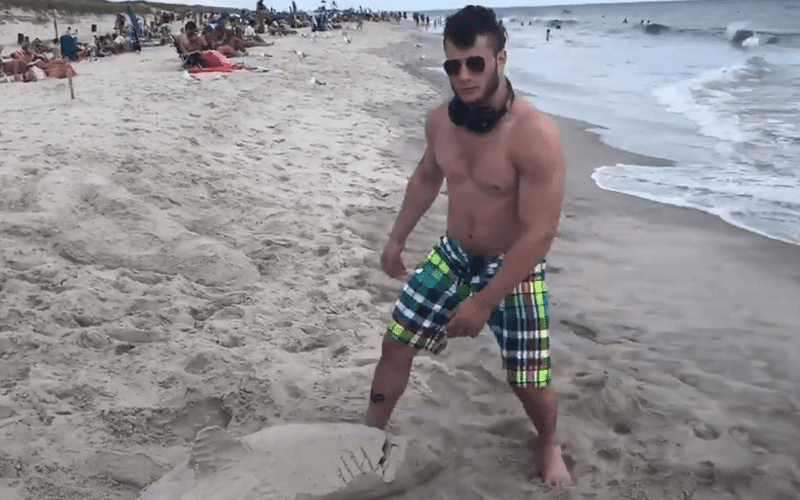 MJF is a heat magnet and he’s not ashamed at all about putting himself over at the expense of someone else. This was certainly the case when he took to the beach today.

The AEW star came upon a big sand dolphin that someone had created. MJF didn’t even make sure that nobody was watching before stomping the sand mammal’s head right in while leaving an unapologetic caption in the process.

I can only hope that the child who made this has learned the valuable lesson of protecting their belongings. #Saltoftheearth

MJF is indeed the Salt Of The Earth, but he might also be his own biggest fan. That is very important too because as his star continues to climb in pro wrestling AEW’s upcoming television show will be a great chance for even more people to hate him on a national level.