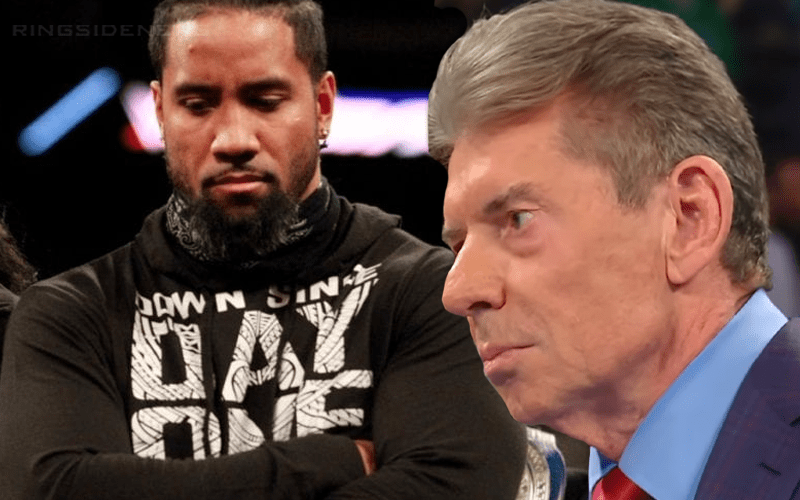 The Usos aren’t allowed in Canada for Summerslam and this has become an issue. Now Vince McMahon is reportedly a little peeved off at them about it.

Jimmy Uso’s recent arrest was a big deal considering the details. It brought a lot of negative attention on them and they already weren’t booked for the Summerslam card. We previously reported that The Usos might not be allowed in Canada for Summerslam or the RAW and SmackDown that follows and they weren’t.

Brad Shepard reports that things might not be too good at the Uso Penitentiary right now.

I’m told The Usos have benefited from what is perceived internally as a lack of tag team talent, and they would be taking a backseat otherwise. Vince McMahon is furious with them over the “traveling issue.” #WWE #SummerSlam

The Usos just signed new WWE contracts so they’re sticking around WWE for a very long time. They are also one of the best tag teams in the world. That doesn’t excuse their actions in this regard and hopefully, it never happens again. In the meantime, they might not be on Vince McMahon’s good list at the moment.