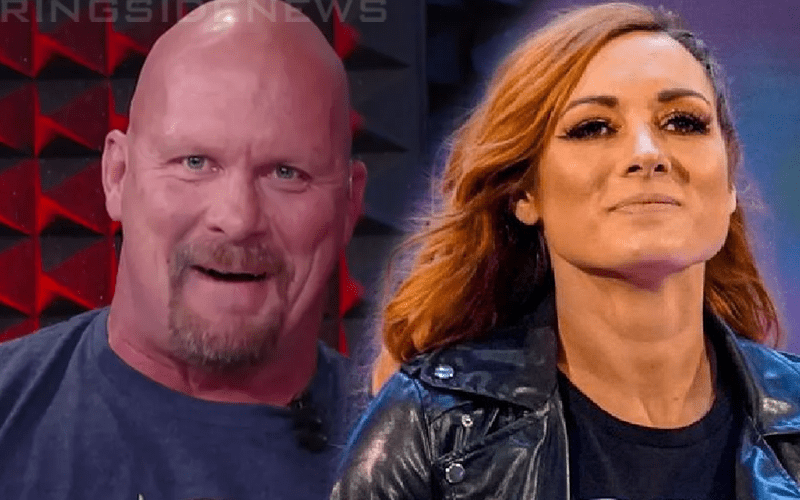 Straight Up With Steve Austin will feature an episode with Becky Lynch. It turns out that The Man impressed The Rattlesnake more than he thought she would.

While speaking to Bleacher Report, Austin spoke about Becky Lynch and the charisma she brings to the table. He didn’t realize how confident she would be either as she has really taken her character as The Man to another level.

“I found out that she was more confident than what I originally thought.”

“She is more charismatic than I first thought. She has broken so much ground with this “Man” character and how she came up with it. She’s very spontaneous and very quick—not just with an answer, but with a well-thought-out answer. I love that she stays composed. Her passion for the business rivals mine. And that’s not something I often say. Her episode was one of my favorites of the new show. Becky Lynch is the real deal. She’s a woman, but she’s The Man.”

Becky Lynch got to her current spot in WWE because she didn’t give up and showed a resiliency that few could have. She certainly seemed to impress “Stone Cold” Steve Austin so that was a great sign that she’s going in the right direction.