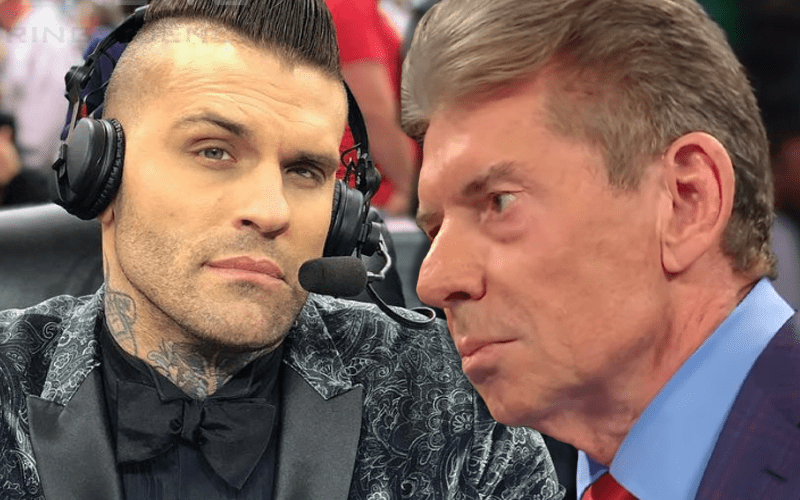 WWE’s announce team calls the action in the ring and plenty of fans enjoy their banter. The assumption is that every line is given to them to say, but it isn’t all Vince McMahon.

Vince McMahon will sometimes yell orders into the headset regarding points he wants made on commentary. However, the popular belief if that McMahon is always screaming into their ears throughout the entire show.

The reality is that WWE announcers don’t have a set script they need to recite verbatim. They actually have a lot more leeway than WWE Superstars do in that regard as Mike Johnson said on PW Insider.

The announcers aren’t 100 percent scripted the way that the talent is.  Sure, Vince will tell them things to say in their headsets during the shows, but they also have a lot of leeway to take the discussion in whatever direction they think makes sense.  I wish the wrestlers had that option.

Therefore, when Corey Graves pops off with a joke about Byron Saxton always believing his girlfriend when she tells him that she’s going to the gym at 10:00 PM every night or when he talks about Alexa Bliss possibly getting scurvy from Kairi Sane, those are legit laughs.

It is possible to have a good time at your job in WWE and the commentary team seems to exhibit that fact on a weekly basis.