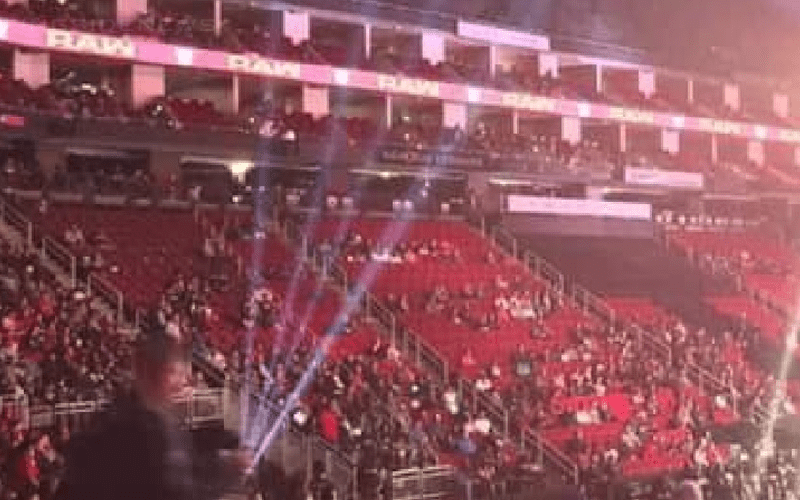 WWE hasn’t been having the best time moving tickets recently which has caused them to cancel a few live events. Now they have a new strategy to at least trick those more naive fans at home into thinking WWE sold out the place.

The Wrestling Observer Newsletter reports that WWE has booked RAW and SmackDown tapings on September 23rd and 24th at San Francisco’s new Chase Center. It was noted that this is the first WWE show in the city since 2012, but they are not selling out.

The company is instead only selling tickets in the lower bowl area of the arena on the hard camera side. This seems to fall in line with WWE’s new strategy for telling tickets to television tapings.

The new thing to do is not price out a building and sell tickets, but sell all those tickets first for TV to make sure those shots look good, and then, once they sell out, start opening up more tickets.

So, if you’re a fan who likes to sit in a certain spot that isn’t on the camera side then your best bet is to probably wait and hope that the first batch of tickets sells out so WWE opens more up. Because the company seems to be tired of having to move fans around before a show starts to make it appear full.

It is interesting that the company is selling these tickets because if they sell out the area facing the hard camera and don’t sell any other tickets then Superstars will essentially be playing toward an empty arena as they face the camera since the crowd will be behind them for most of their performance.