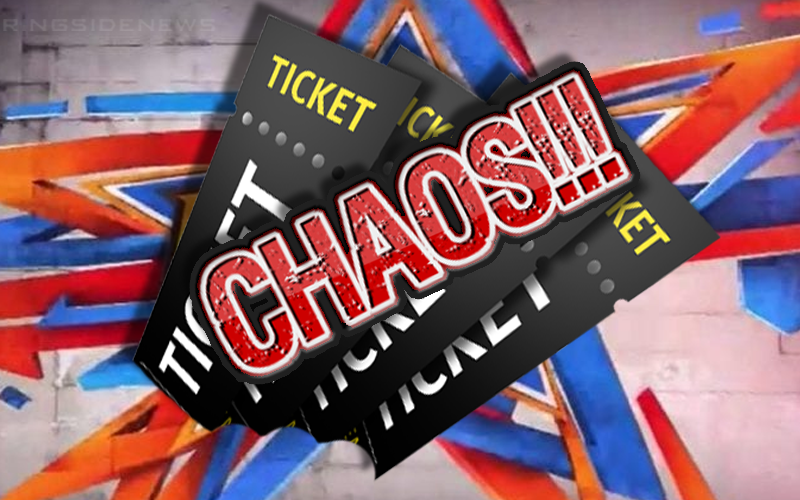 WWE is in Toronto until Tuesday, but even though Summerslam is technically sold out the other events can’t say the same thing at all.

We previously reported that WWE ticket sales are in such low demand in Toronto that they are going dirt cheap on the secondary market. That doesn’t even include the amount of tickets on Ticket Master that are still available for NXT TakeOver: Toronto, Raw, and SmackDown Live.

Brad Shepard reports that this is definitely being noticed in WWE as well. So, they’re calling a meeting about it.

I’m told this has created some internal chaos. There was a meeting this week where they discussed ticket scalpers, and earlier this week they were hoping this was a “site issue.”

Unfortunately, this issue with low ticket sales on the secondary market is not an issue with the website. Because scalpers are trying to unload them before they have to eat the tickets. After all, it’s better to lose some money than a lot of money.

Let’s see if WWE will be able to figure out a way to fill the arena for their time in Toronto.