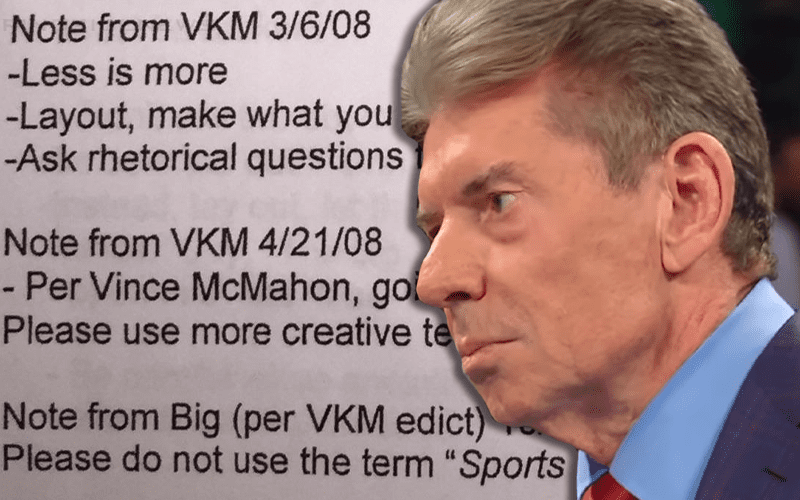 WWE held their weekly SmackDown Live taping this week, but it was a struggle.

Vince McMahon showed up to the building and apparently, he hated everything about SmackDown Live so he destroyed the script. Then he made his writers come up with a new one.

The Wrestling Observer Newsletter reports that “after pulling what he didn’t like there was about an hour left.” This is the reason why McMahon decided to hold Aleister Black vs Sami Zayn on television instead of at Summerslam.

This means that Vince McMahon essentially erased two hours worth of programming and only came up with an hour to replace it. That is a big difference and it also makes us wonder if he will be doing the same thing once WWE moves the blue brand to Fox in October.