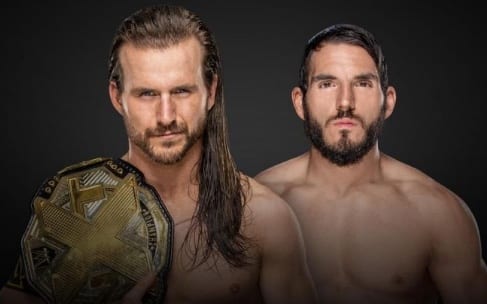 As seen on Sky Bet, the betting odds for Adam Cole vs Johnny Gargano at NXT Takeover: Toronto have been released.

Cole has had a solid enough run with the NXT Championship thus far, but for whatever reason, it feels like fans aren’t quite as invested in this title bout on Saturday as Gargano prepares to challenge for the title once again.

The Cole/Gargano feud always felt like a bit of a backup option to the Ciampa/Gargano rivalry, and because of that, fans have almost been waiting for it to end just to see whether or not either superstar makes their move up to the main roster.

The odds are currently in the favour of Cole, who is a strong 2/7 favourite to retain the NXT Championship. Gargano, on the other hand, is the 5/2 underdog.

The possibility of a call-up this weekend certainly feels like a strong possibility, especially if Johnny Wrestling loses. The question is, of course, will he be able to successfully transition over to the main roster?

Gargano has always felt like the kind of guy that could take on the Daniel Bryan underdog mantle, and that’s certainly meant as a compliment more so than anything else.

Cole still has work to do down in NXT, with the belief being that The Undisputed Era are going to end the evening in Toronto with all of the belts. It’s a famous shot that all big factions have had, and it’ll be interesting to see whether all four of them can get the job done.