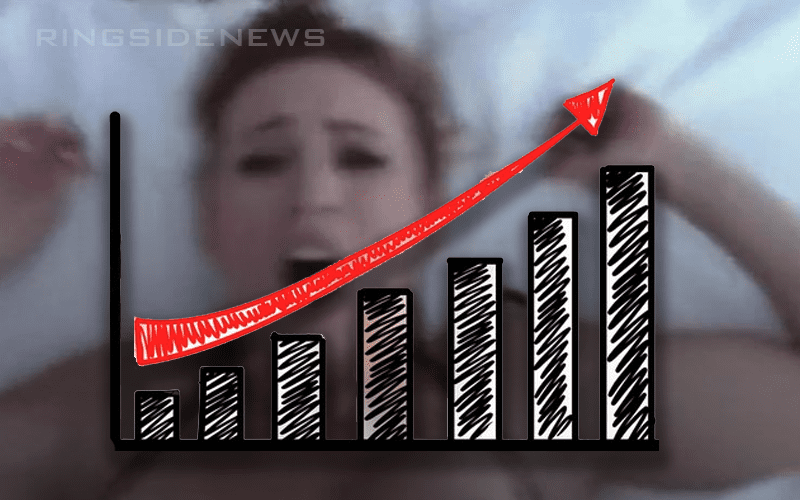 Sometimes you have to really grind to make things work and one adult actress might have a future in impersonating Becky Lynch.

We were actually sent this video by a fan who was asking if a video called “Becky Lynch Sex Tape” was the genuine article. We took one look at the professional nature of the filming and scrolled down to see Haley Ryder featured as the actress. So, no… it’s not really Becky Lynch.

As it so happens, Ryder does look a lot like Becky Lynch. So it might be great for someone with an imagination, but it’s a stretch. The video used which claims is a sex tape of The Man was actually uploaded on an account that looks to be a wrestling related account with one other video.

This tactic seemed to work because the video was featured on a major pornographic website and plenty of people watched it. The video is currently sitting at 1.1 million views in just a few days. However, the original video that is actually on Haley Ryder’s account which is the exact same video with a different title only received around 25,000 views. Those are still great numbers, but it’s not going viral with a Becky Lynch sex tape numbers.