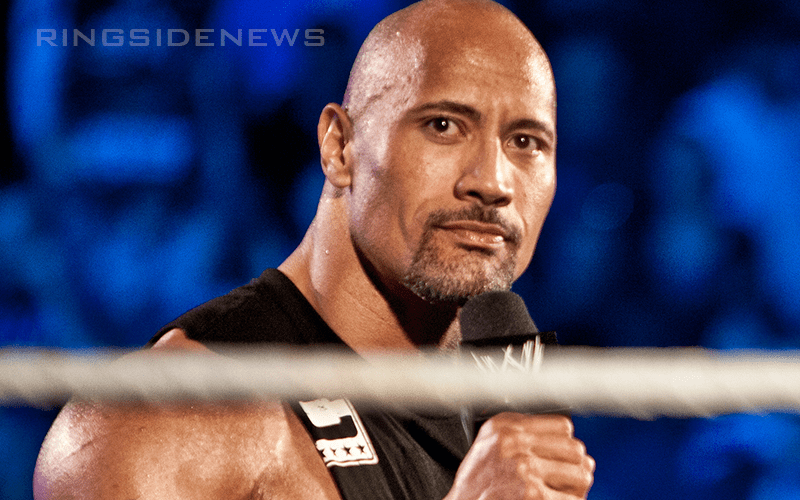 The Rock is lighting up Hollywood, but his daughter Simone Johnson could actually be a fourth generation professional wrestler. She is training at the WWE Performance Center and learning the ropes as well.

Recently The Rock made headlines because he was spotted at the WWE Performance Center. Triple H was asked about Dwayne Johnson stopping by during his NXT TakeOver conference call, but first, he discussed how Simone shares her family’s history of passion for the pro wrestling business.

“Simone shares her father’s, her mom’s, her grandmother’s, her entire family’s passion for what we do and incredibly so. She also shares her family’s incredible work ethic much like they do. You hear her dad talk about being the hardest worker in the room and she shares that same work ethic and it didn’t fall too far from the tree.”

“It’s awesome to see the next generation coming in… It makes me realize how old I am that Rock’s daughter is training with us. Very cool and she’s an extremely hard worker. If she wants this, much like her dad, there is nothing that will stop her.”

The Rock actually stopped by the WWE Performance Center recently and Triple H commented about how his daughter is there training. It seems like The Rock is pretty proud of his daughter Simone Johnson.

“His daughter’s there on a fairly regular basis so sometimes he comes in to see his daughter just as any dad would and he’s very proud of her. He came in there to lend his advice and if she’s anything like my daughter she’s probably like, ‘Yeah dad, whatever. What do you know?'”

“He was there as a proud papa and the wonderful thing about the PC – I feel it every time I’m there – it is like the fountain of youth. The buzz and vibe and excitement and energy is just infectious. You walk in there and there’s this young, hungry, incredibly driven talent just grinding away. It’s hard not to be inspired when you’re there. It’s hard not to walk out of there just invigorated. I leave there wanting to go to work for all these kids and do more for them because they’re grinding.

“Anytime you see whether it’s Rock, Austin, Shawn, X-Pac, Scott Hall, ‘Taker – anytime they leave they say the same thing and are asking when they can come back because of that feeling. It’s inspiring.”

It might only be a matter of time before Simone Johnson is entertaining fans on WWE television. She is just starting her journey, but everyone has to start somewhere even if they are following in their father’s legendary footsteps.