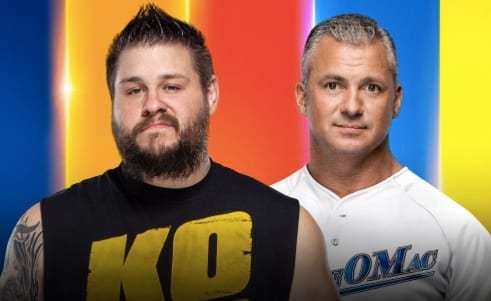 As seen on Sky Bet, the betting odds for Kevin Owens vs Shane McMahon at WWE SummerSlam have been released.

While these two men may have already squared off in the past, inside Hell in a Cell no less, this feels a little bit more important. Kevin’s status with the company is at stake, and in equal measure, a lot of fans are just sick of seeing Shane parading around on RAW and SmackDown Live from week to week.

While a loss here probably wouldn’t write him off entirely, it does seem like this could be the star-making performance that everyone has been waiting for from Owens since he turned into a babyface/tweener.

Fans of the former Universal Champion will be happy to hear that Owens is the 1/4 favourite, whereas Shane is an 11/4 underdog.

It almost comes across as being too obvious at this point to believe that Kevin is going to walk through Shane, especially when you’ve got Mr. Walk With Elias waiting around every corner to try and help the boss out in any situation he may need assistance in

One way or another it feels like this feud is going to come to an end on Sunday, so we probably shouldn’t expect a conventional wrestling match.

Instead, we’re expecting to see the kind of ‘shenanigans’ that we’ve all come to know and somewhat love in WWE over the last few decades, with interferences galore leading to one of the busiest matches of the night.