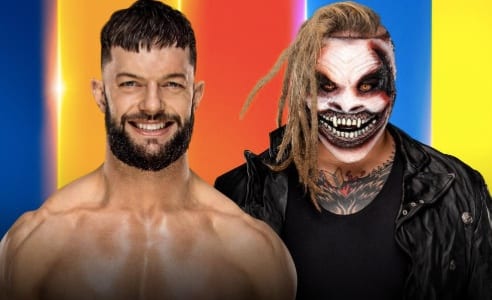 As seen on Sky Bet, the betting odds for Bray Wyatt vs Finn Balor at WWE SummerSlam this Sunday have been released.

The recent rise of The Fiend has been one of the most entertaining aspects of WWE programming in quite some time. Bray Wyatt has done a masterful job of making this split personality of his work to perfection, and fans are just praying that WWE handles this new character with care.

The next step for that will come this Sunday, as Wyatt prepares to go one on one with Finn Balor.

The overwhelming favourite to walk out of Toronto with the win is ‘The Fiend’ Bray Wyatt, who currently has odds of 1/10. Balor, on the other hand, is trailing behind as the 11/2 underdog.

We’ve heard reports that the Irishman is going to be taking some time off from WWE for a few months in the wake of this match, and if that’s the case, then it makes absolutely no sense for him to get the win over someone like Wyatt.

To be honest it wouldn’t make sense even if he was sticking around, because Bray is the hottest thing going in professional wrestling right now (perhaps outside the rise of All Elite Wrestling).

There are so many different directions that they could go in with this, and while there’s a chance it’ll all crash and burn before our very eyes, we should probably try our best to remain positive as we look ahead to the match on Sunday.