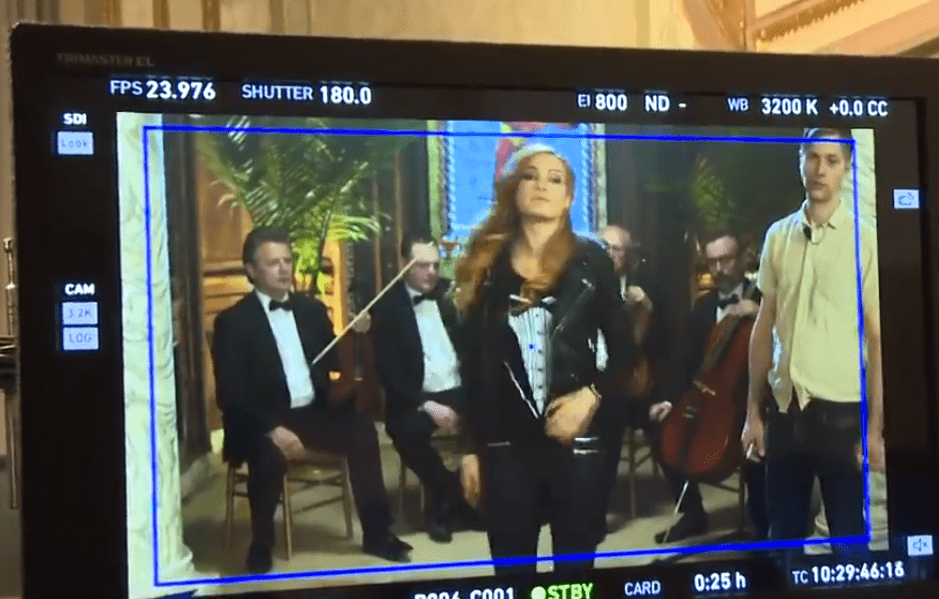 WWE 2K20 really brought everything to the table for this year’s big commercial. Becky Lynch crashed through the glass ceiling and invaded the boys’ club in a big way. Now WWE is taking us behind the scenes.

In this behind the scenes video, WWE Superstars and legends are seen at this huge production and some were impressed by the size of it all. Velveteen Dream said that he’s just trying to take everything in so he understands the complexities of such a production.

There is also a part of the video where Steve Austin jokes with Hulk Hogan. He tells someone who is working on the commercial that Hogan knows how to perform when the red light is on because he’s sold a few tickets in his day.

It’s a pretty great little behind the scenes video and you can check it out in the link below. Hopefully, we will get a roster reveal soon enough and we will bring you that news as it is released right here at Ringside News.