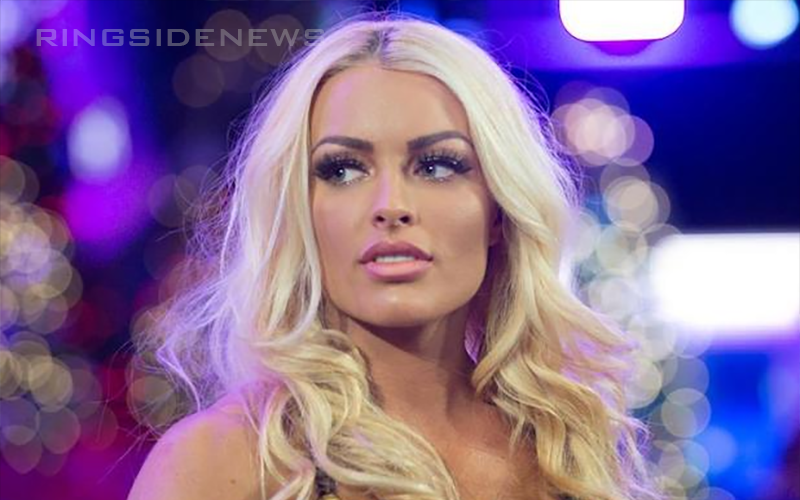 The tag title victory for Alexa Bliss and Nikki Cross earlier this week certainly put a smile on the faces of a lot of fans, as the duo finally reached the mountain top as a tag team.

While many members of the WWE Universe don’t seem to believe that it’s going to last for much longer, with the expectation being that Alexa will turn on Nikki, a lot of us are still enjoying the ride.

Alas, the same can’t be said of their fellow tag teams in the women’s division who are all trying to claim the belts that Bliss & Cross now possess.

While it may seem like a minor thing to bring up, we actually think that Mandy has a point here. It may just be a pet peeve on our behalf, but tag teams do feel much more legitimate if they have an actual name behind them.

Rose & Deville can’t really talk given that a lot of fans don’t even really know them by their tag team name, but at the very least, it’ll be nice to see Bliss and Cross take that next step forward in their partnership – especially now that they are champions.

While it’s a shame to see The IIconics lose the belts they weren’t really given much of an opportunity to do anything with them, meaning that WWE could have potentially swung the door wide open for more interesting storylines and feuds for the Women’s Tag Team Championships as we look ahead to the new era coming later this year.