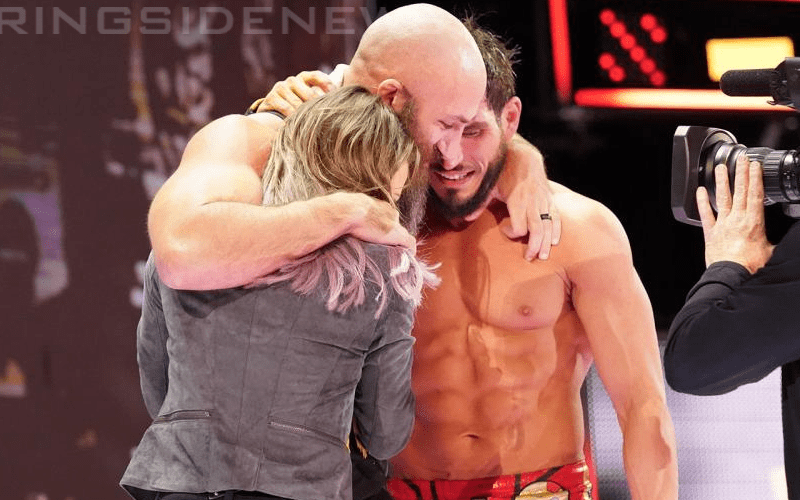 While Johnny Gargano may have lost a bit of steam in recent months down in NXT, he’s still one of the most exciting stars in all of WWE right now – and that much is obvious.

With both Johnny Wrestling and his wife Candice LeRae being set to compete at NXT Takeover: Toronto this weekend, there’s a good chance that the duo could walk away from Takeover as one of the most accomplished couples in WWE (and they’re only just getting started).

As you can see, though, there’s much more to it than that, with Gargano revealing a pretty interesting NXT-related stat that could see the duo make history.

While there were certainly more than a few holes in Gargano’s logic, initially speaking, nobody can deny that it’s great to see this partnership working so well both on and off screen.

It feels like just a matter of time before LeRae is challenging for the NXT Women’s Championship, too, as she continues to impress the masses in the role of the ultimate underdog. That, in itself, is a believable enough position for her at this point in her NXT career.

Gargano, on the other hand, faces an uphill challenge if he’s going to overcome Adam Cole and become the NXT Champion once again.

It certainly isn’t impossible for him to get the job done and it’s not even really all that unlikely, but Cole is on another level right now alongside the rest of The Undisputed Era and that’s just a fact.