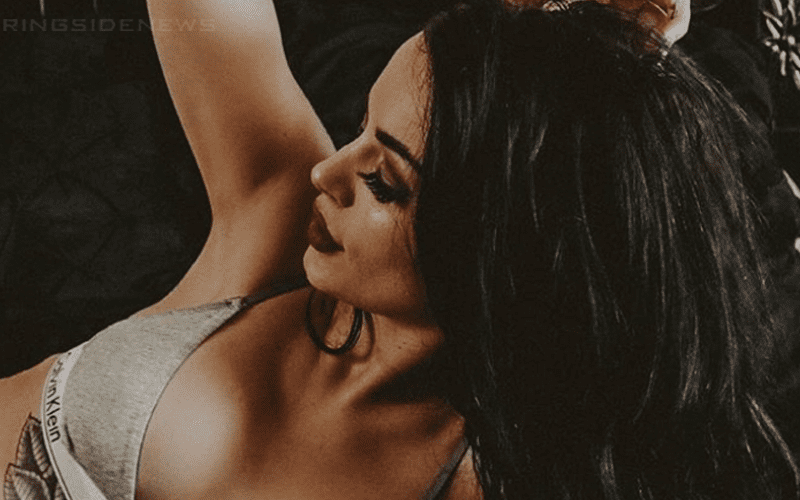 Paige has been through quite a roller coaster within the past few years, but she’s able to see things with a lot more clarity now.

The first-ever NXT Women’s Champion posted a photo of herself hanging out in her Calvin Klein underwear. It’s a great advertisement for CK, but the message she included is what is really worth paying attention to.

Because of the business I’m in we have an enormous spotlight on us. Which along with it comes wonderfully incredible things, but also some bad. One thing is weight. For the past 8 years I’ve struggled with how I’ve wanted my body. Mostly because of the “sweet” people on the internet sees that as soon as you put on a pound or lose it they jump on the judging bad wagon, then say, “you should expect criticism because of the career path you chose” you should NEVER go out of your way to make someone feel bad about themselves. Even if they are in the “spotlight” 🙄 .. I’ve hit my lowest weight and hit my biggest weight in just the space of 2 years. But I stopped caring what people said a while ago. Helps when you surround yourself with positive people and positive influencers. I know you hear it from me about my bf but he’s a real driving force behind my healthier and happier lifestyle. Along with the best friends and family I could ever imagine. Long story short. F*ck what people think and you’ll be a lot happier

Paige had a fan actually smack her in the face after telling her to lose some weight. That had to have been difficult to go though, but she’s in a much better place now.

She doesn’t care what people think and is surrounding herself with people who actually have her best interests in mind.

It’s great that Paige has been able to use her difficult path to overcome so much. Now she is a voice for so many as well. Her life story after Fighting With My Family ended could be an inspirational story as well, but it probably wouldn’t be very family-friendly at parts.