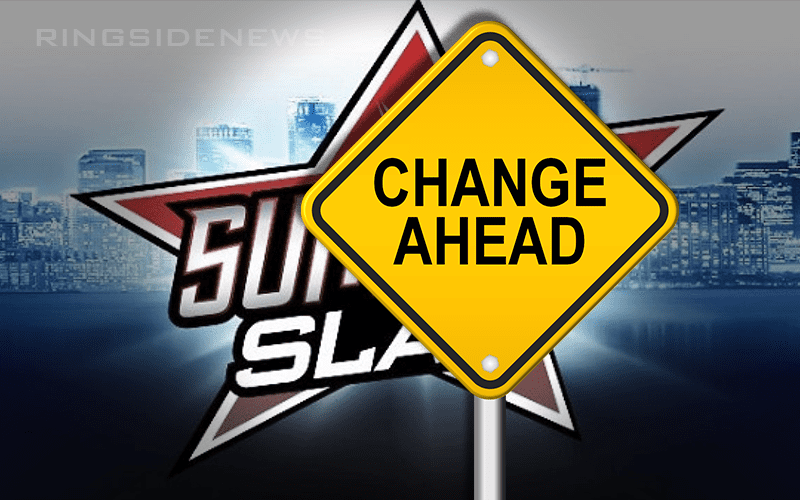 WWE’s biggest party of the summer is next week. Summerslam will air live on the WWE Network from Toronto, Canada and while some people are excited for the big show, others aren’t as thrilled due to the way WWE booked this card.

Dave Meltzer broke down the upcoming Summerslam card on Wrestling Observer Radio. He discussed the idea that WWE waited until the last minute to confirm so many big matches which might end up hurting them in the end. However, no matter how they book this show it still doesn’t seem to have the same attraction appeal as previous years.

“This Summerslam, I don’t know, it’s not hooking me like it’s that big of a card. We’ve seen Brock and Seth for a long time now. Bill Goldberg and Dolph Ziggler — nobody’s gonna believe Dolph Ziggler’s gonna win that match and plus it’s not even gonna be announced until the Monday before.”

“It’s like Kevin and Shane is a big deal. Roman and Daniel Bryan is going to have a one-week build, six day build if they reveal it on Monday so it’s kinda like you’re throwing these things out at the last minute.”

“There’s no Undertaker on the show. You know Drew’s with Cedric Alexander, it’s whatever. It’s called Summerslam, it’s a lot, a lot of matches, but I don’t feel it as something that’s gonna build up the Network or anything that people are dying to see.”

Summerslam is going to be a very long show and in one week the WWE Universe will be preparing to take in the entire event. We will have complete coverage right here at Ringside News as well, but it might not be the huge event that WWE is hoping for.