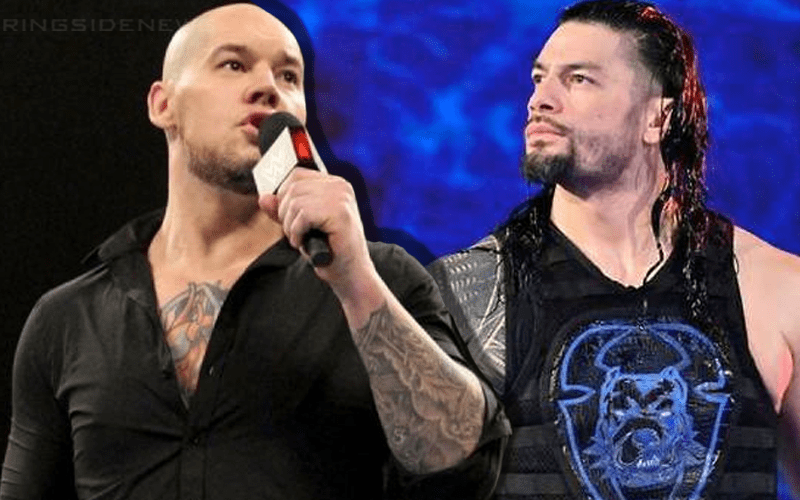 Roman Reigns might not be Baron Corbin’s favorite Superstar and apparently, that means that he’s fair game to get smashed thanks to a faulty forklift.

Corbin was trying to take the ring at a recent live event when someone from WWE’s social media team asked Corbin if he was responsible for Roman Reigns’ attack on SmackDown Live.

Corbin’s response was pretty straight-to-the-point. Not only does Corbin not view Reigns as worth his time, but he’s not even on the right brand.

“I’m on Raw, you idiot. Roman Reigns isn’t worth my time and it’s Roman Reigns, he probably got what he deserved.”

Odds are when the dust settles in this entire situation we’ll find out that Daniel Bryan is responsible. After all, Bryan vs Reigns is the Summerslam match.

It will be interesting to see what kind of twists they throw at us in the meantime, but they don’t have much longer to play with this storyline until August 11th rolls around.