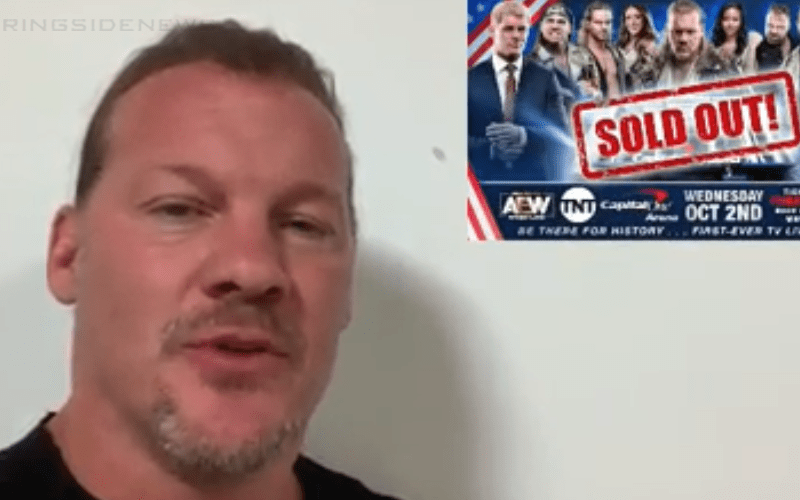 AEW sold out their first television event and Chris Jericho is still waiting for his thank you.

Jericho has been waiting for his thank you from AEW for a while now. He claims to be the reason why All Elite Wrestling was put on the map and he also takes credit for the success of Double Or Nothing. Now with the TNT deal under his belt as well he has a lot to crow about.

Despite Ticket Master totally breaking down during the on-sale date for AEW’s Washington DC debut at the Capitol One Arena they sold out every ticket available in around three hours. Jericho cut a little promo on Instagram not long after the big sell out announcement saying that this happened because he was front and center on the poster.

Yes, AEW is also promoting Y2J to have a match during their TNT debut where he will team with two mystery partners against Kenny Omega and The Young Bucks. This certainly helped Chris Jericho’s case.

All signs are still pointing to the fact that Chris Jericho has a huge thank you in store for him from AEW and every Elite fan as well. Let’s just see if he will finally get one.