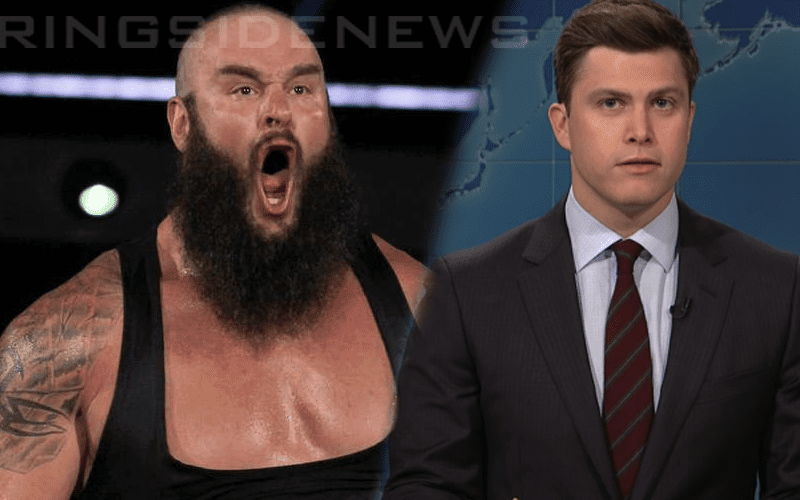 Braun Strowman has an interesting build to WrestleMania this year. He took on Colin Jost and Michael Che in a little rivalry that ended during the Andre The Giant Memorial Battle Royal. However, he didn’t really want it that way.

While speaking to Sports Illustrated, Strowman admitted that feuding with Saturday Night Live’s Weekend Update team did get him a lot of exposure. However it wasn’t ideally what he wanted for WrestleMania.

“Mania was great, I had the opportunity to work with some pop culture guys doing a little bridging outside of the gap of what I’ve normally done with my character.”

“That was a good thing because it got my face out in front of more mainstream media and audiences that don’t necessarily watch wrestling. We were just talking about this at work, and I want to say it had 257 million views in outlets outside of wrestling in a matter of a week. It wasn’t ideally what I wanted to do at WrestleMania, but it was a good thing to do at WrestleMania.”

Perhaps Braun Strowman will get a much better WrestleMania moment down the line. He is currently a Superstar who could use a refresher as previous programs haven’t seemed to do him a ton of good. Hopefully, he will be able to turn things around, but he’s sticking with WWE regardless of what happens.