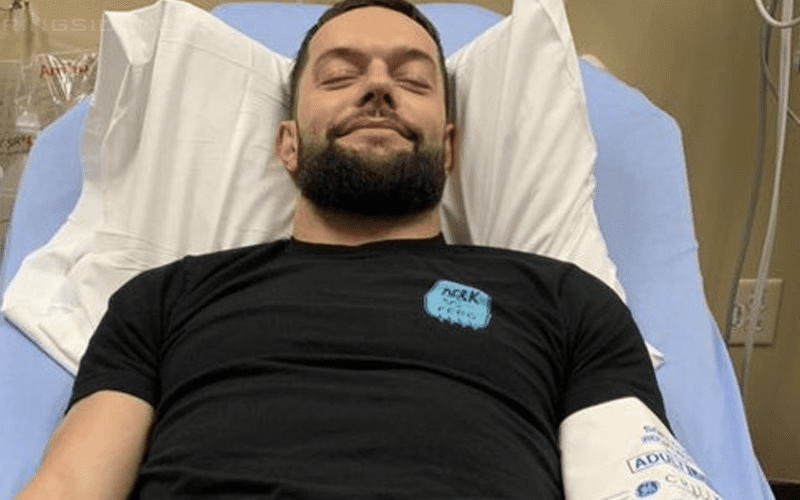 Finn Balor wasn’t feeling well at all before the Smackville event in Nashville, TN. He needed to spend some time in the hospital as well which isn’t a good sign at all. Balor even tweeted out a picture of himself in a hospital bed to let fans know this story is the real deal.

It would take a lot to keep Balor out of the ring, especially when he’s slated to wrestle Shinsuke Nakamura for the IC Title during a WWE Network special.

Fightful reports that WWE made the call to pull Balor just before the Smackville show was set to start. Finn Balor actually made it to the building for the event, but he left once he discovered his match wasn’t happening.

WWE also had plans to film an angle backstage with Nakamura attacking Balor backstage. This would have likely been done to not only cover up his illness, but also give another reason for his absence. However, Balor wasn’t told about this plan and he left before they could shoot the angle.

We’re told that WWE officials realized that Balor left when they decided that they were going to film a segment where Shinsuke Nakamura took him out. We’re told that Balor didn’t know of the plans, and there wasn’t any malice on his part.

Finn Balor was receiving treatment for his illness, but that kind of thing can take its time to go away permanently. We can only hope for the best at this point.

Only time will tell if Finn Balor will be able to attend Raw tonight as they approach his big match against Bray Wyatt at Summerslam. At least we can be relatively certain that WWE will do what is in Balor’s best interest.