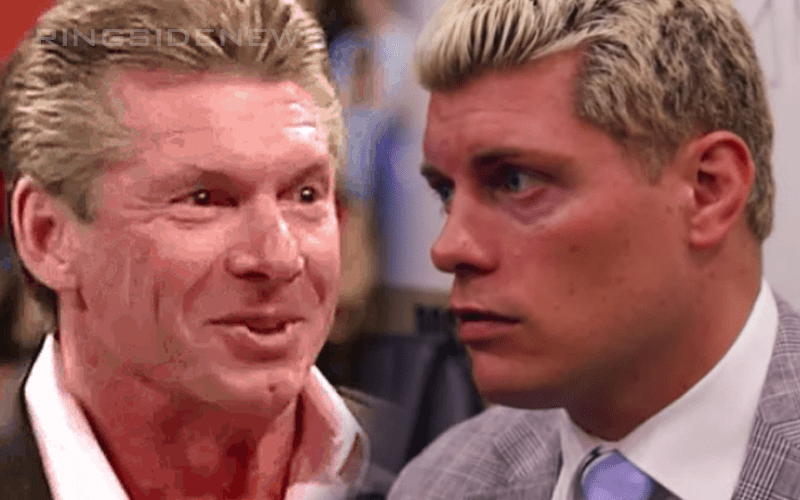 Vince McMahon is obviously paying more attention to AEW than some people thought he would. The Chairman took a couple of opportunities to throw shade at All Elite Wrestling during their second quarter investors call and people took notice.

Dave Meltzer commented during Wrestling Observer Radio saying how some people in the advertising community might not have understood what McMahon was doing when he tried to bury AEW in front of advertisers.

He made a comment about the blood and violence that AEW is bound to have which some people in the advertising business saw as a very dirty move. However, there’s no line that McMahon won’t cross when he’s in a pro wrestling war.

“Some people say that’s a dirty trick but that’s Vince. You’re in a war with Vince, that’s what Vince is gonna do. People in the advertising community that talked to me: ‘What a dirty trick.’ But it’s a wrestling war, yea in the real world, that’s a pretty low trick but it’s a wrestling war and both sides are gonna have to figure out. That’s how Vince is gonna react. Some people think it was telling that he even brought it up in that realm but he was kind of asked about it too.”

If Vince McMahon is able to successfully ingrain the idea in advertisers’ heads that AEW isn’t going to be the kind of product they want to be associated with then that could go a long way. All Elite Wrestling could have a hill to climb when proving to advertisers that they are a safer bet than what Vince McMahon is letting on.

Tony Khan previously spoke about the violence in AEW pay-per-views so far and said that their show on TNT will be different. We’ll just have to wait and see what kind of commercials they air during AEW’s television show on October 2nd. Because if Vince McMahon has his way they won’t be getting any quality advertisers at all.