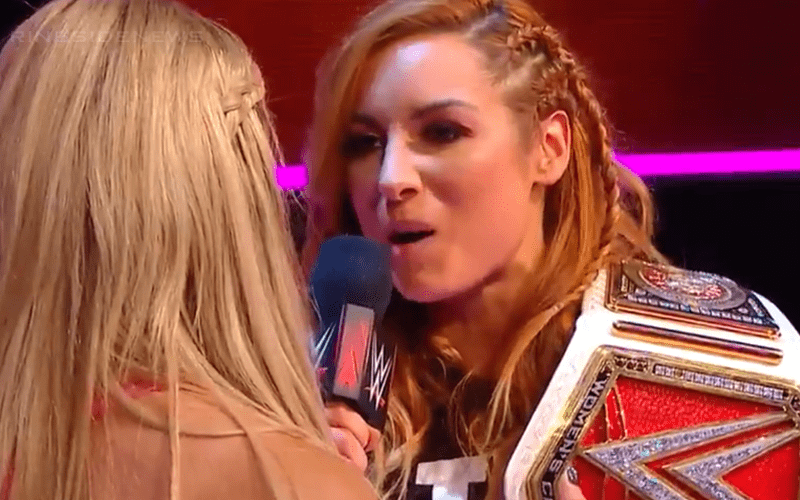 Becky Lynch sure knows how to get under her opponents’ skin. Since she’s facing Natalya on August 11th at Summerslam, the location is going to be a big factor here. That is why Lynch is trying very hard to become Canada’s New Hero and she’s getting to work on earning that new nickname.

The Man recently posted a picture of herself saying that she’s Canada’s New Hero. Let’s just see if that name sticks. In the meantime, it has certainly gained Natalya’s attention.

Lynch posted a picture with an image of a shamrock over a Canadian flag on her cheek. Then Nattie replied back with a similar flag on her face only the Canadian flag was over the Irish symbol. It seems like this could get even more interesting as WWE builds toward August 11th.

Summerslam is bound to feature some surprising moments and for those who get to see the event it will be one that they won’t soon forget. We’ll have to wait and see if WWE could also be planning on putting Nattie over in her home country, but Becky Lynch is doing a pretty good job playing mind games with Neidhart in the meantime.