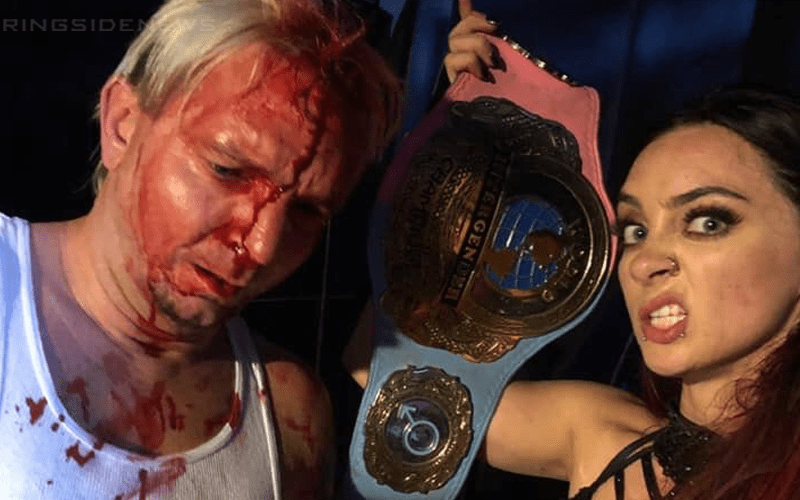 James Ellsworth carried on the Intergender Title for a long time in the spirit of Andy Kaufman, but he met his match. Now there is video footage of the bloody ordeal which saw Priscilla Kelly took his title at Cactus League Wrestling.

Kelly has been known for being involved in her fair share of controversial pro wrestling spots. If you need reminding you can check out her tampon spot here, and remember the time she vomited on Joey Ryan’s package? Now she’s the intergender champion.

As you can see, James Ellsworth was a bloody mess by the time this R-Rated match was over. He finally tapped out after getting locked in a submission he couldn’t handle. That submission crowned Priscilla Kelly as the new Intergender Champion Of The World.

It’s unclear when Kelly will be defending her title next, but James Ellsworth certainly gave her one tough fight. Because any man with two hands has a fighting chance to losing his title.