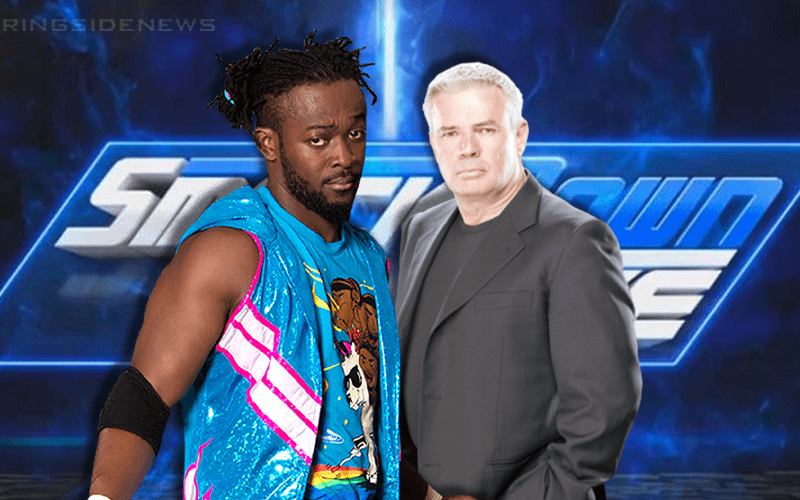 WWE made some big changes when they brought Paul Heyman and Eric Bischoff in as Executive Directors of RAW and SmackDown Live respectively. Things could get interesting and Kofi Kingston is entering this new time for the blue brand as WWE Champion.

Kofi Kingston spoke to WFF where he was asked about Eric Bischoff and Paul Heyman joining WWE as Executive Producers. He seems excited about this upcoming change because there is a lot of potential with the amount of experience that WWE is bringing on board.

“This is amazing news, this is awesome news; I think everyone is going to benefit by having two of the greatest minds in the history of wrestling actually dictating storylines and developing characters.”

“I mean, you guys now get to realize and witness the results of these creative minds getting back into the business at the highest level.”

“I think it’s great, I really can’t wait, and I’m really excited like everybody else to see exactly what is going to be brought to the table. And I’m looking forward to working with Eric Bischoff on the SmackDown brand.”

Eric Bischoff and Paul Heyman will certainly be making changes. We will just have to wait and see what kind of difference they can make. However, it is also very important to remember that nothing happens in WWE without Vince McMahon’s approval.