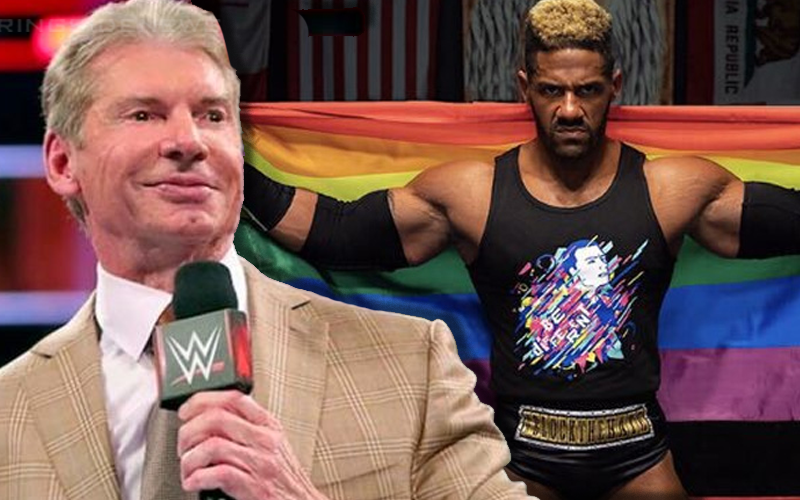 Darren Young is a former WWE Superstar and a proud representative of the LGBTQ community as well. He was with WWE when he came out of the closet and when he came out, Vince McMahon was one of the first people to call him.

Young told Fightful that McMahon was very proud of Young’s decision to come out of the closet. Vince McMahon apparently spent twenty minutes talking to Darren about him coming out and said Pat Patterson, who is also gay, is one of his best friends.

“Vince McMahon was one of the first people who reached out to me right away when I came out publicly. He talked to me and genuinely had a great conversation for about 20 minutes. He talked about how his best friend, Pat Patterson, is gay, and how he respected my decision to come out.”

WWE never brought up Darren Young’s sexual orientation in their television storylines. Instead, after he was released in 2017, Finn Balor was given the LGBTQ rainbow colors with his “Balor Club Is For Everyone” persona.

Young said this left him heartbroken that he wasn’t invited back by WWE to see what they were doing. He also commented that he doesn’t celebrate being gay, he celebrates being free and he also feels that pro wrestling needs more homosexual representation as well.

“Vince at the time didn’t want it to be a storyline, which I was cool with. I was out and I was myself. I didn’t have to wrestle behind a wrestling promo voice. I could just be myself. I was cool with it. When I got released in 2017, I was more devastated that I was released and they put the LGBTQ colors on a good friend of mine in Finn Balor. It broke my heart. I wasn’t invited to WrestleMania to see the moves they were making. I cried like a baby, man. I was told I was always a part of the WWE family, and I wasn’t invited. I wish when I was a part of the company for so long they could have let me be myself or let me embrace the LGBTQ community. We need more representation. I don’t celebrate being gay, I celebrate my life being free from hate and persecution.”

You can never say never in WWE. So Darren Young could always come back and have another run with the company. He is still in fantastic shape and has done a great job keeping his brand alive. However, even if Darren Young doesn’t make a return to WWE at least we know that he is living a free life and appears to be very happy about that no matter what he’s doing.