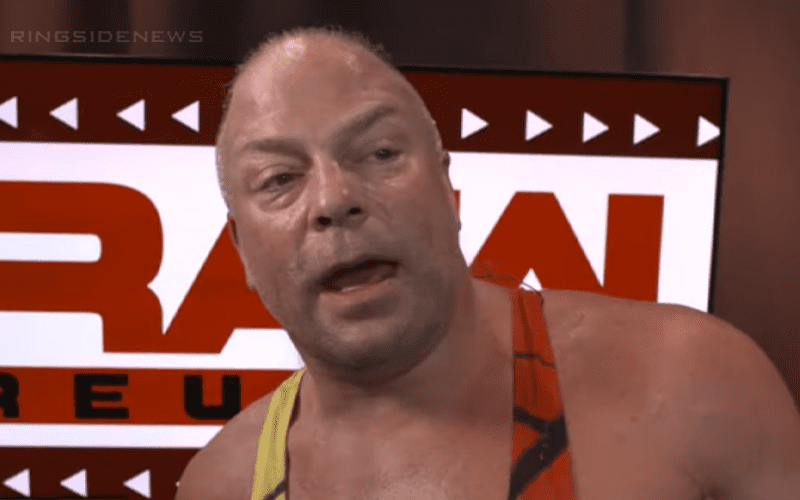 RVD was a special surprise for the RAW Reunion, but it was spoiled because of the merchandise they were selling at the event. He is still signed with Impact Wrestling until late October, but he received written permission to take part in the big RAW Reunion.

After the show was over, RVD talked about how great it was to be back. If you’ve been following RVD’s work in Impact Wrestling he hasn’t lost much of his step. He’s just a little older now, but he can still perform in the ring. So even though he didn’t hit a 5 Star Frog Splash last night in Tampa doesn’t mean he couldn’t.

It’s been over five years since RVD was on RAW and he said it was awesome. He hasn’t been in front of a crowd like this in that long either. The Whole F’n Show said it was “super cool” to be part of the surprise as well.

There are a lot of reunions in pro wrestling, but the RAW Reunion was something special. RVD might be older, but he’s also wiser. Now that he doesn’t have as much competition behind his motives, he now has much more zen and he has plenty more love to go around. He also made a point to say that doesn’t mean he can’t still knock someone out.

Before he left, RVD did his signature taunt and broke the fourth wall as well. It was great to have RVD back, if only for one night.