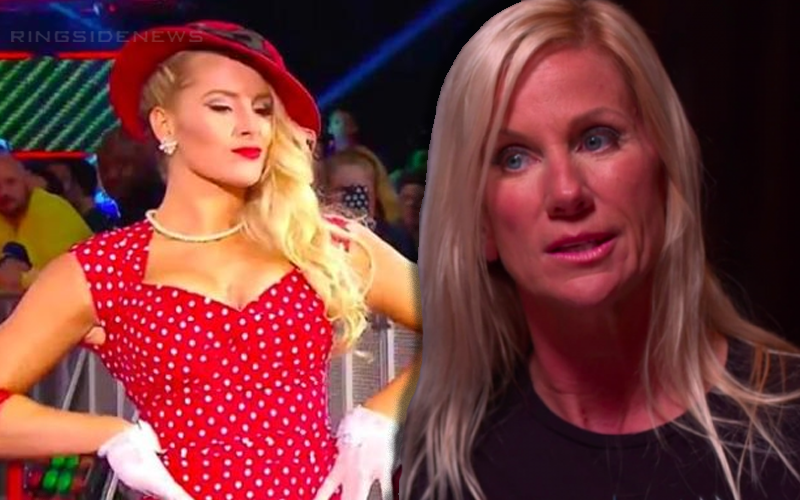 Lacey Evans might have spoken a little out of turn recently and a WWE Hall Of Famer snapped back at Lacey Evans in a big way. Last night was the Raw Reunion show, but Evans obviously wasn’t entertained. She tweeted out that legends equals yesterday’s nasties, but that didn’t set well with Madusa.

The WWE Hall Of Famer snapped back at Lacey Evans in a big way. While calling her “kid” she said that Evans would be lucky to ever call herself a legend. Because she failed at the military, she lives in a trailer, and she keeps dragging her husband and daughter all over the place.

You’ll be lucky to be considered a legend…

you failed in the military. you live in a portable trailer, drag your kid and husband around. Ur hubby looked at me… gave me a complement and said “honey maybe you could be more like Alundra … your yesterday regurgitated garbage

Evans was able to keep a pretty cool head in her reply as she kept it kayfabe when saying: “She wouldn’t be able to handle it. Just like she couldn’t handle holding the 24/7 title.”

The Lady Of WWE certainly knows how to rile up a crowd, but she also did a good job upsetting Madusa. Because a couple of those shots were below the belt for sure.