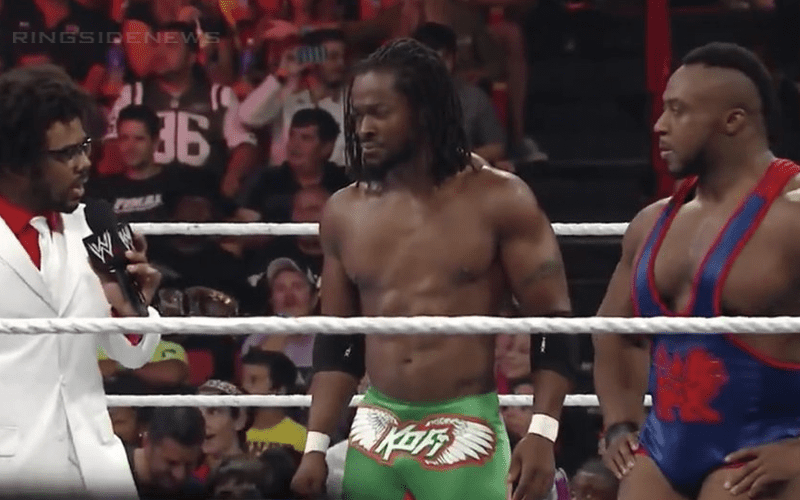 The New Day are now covered in gold and they are also celebrating a big moment as their fifth year as a stable is now upon us. Kofi Kingston is the WWE Champion with Big E and Xavier Woods sharing the SmackDown Tag Team Titles. This is a great position to be in for obvious reasons.

Big E made a great observation on The New Day’s fifth anniversary. Because The New Day said they were done “shaking hands & kissing babies” only to turn around and continue doing just that for the next five years. However, they certainly made a ton of merch money along the way.

We’ll just have to see whether The New Day will last another five years, but at this point they have definitely earned a spot in the WWE Hall Of Fame as a faction eventually.

Who knows if each member will receive their own induction separately as well, but right now they are still going strong without any consideration of breaking up let alone hanging up their brightly colored boots.