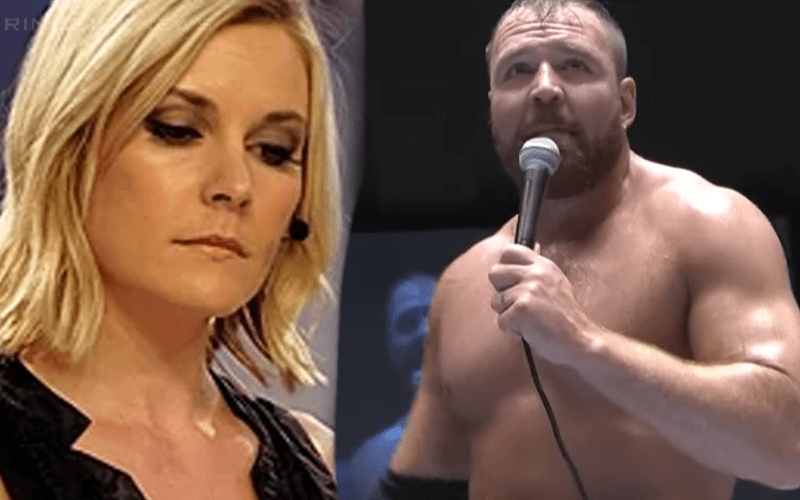 Jon Moxley is one of the most exciting parts of NJPW now. He is making the G1 Climax 29 so much better for some fans and his match against Tomohiro Ishii is being regarded as a stand-out match and possible the best of the tournament so far.

After his match against Ishii, Moxley got a chance to cut a promo for the fans in Tokyo. He said that they might not be able to understand what he’s saying, but that didn’t stop him from shooting in a big way.

“A few months ago my career was pretty much in the toilet bowl and then you guys welcomed me in Japan — made me feel like part of the family — gave me this canvas on which to paint ugly gruesome works of art so I thank you for that.”

After he got out of the ring and went backstage in front of the media Mox said that his wife (Renee Young) is going to be mad at him because “she hates tables and shit.” Then he blamed that all on Ishii because “he started it.”

Moxley’s career is off to a great start post-WWE. He has technically yet to have an official match in AEW since his Fyter Fest contest against Joey Janela was a lights-out non-sanctioned match. However, he’s making plenty of traction in NJPW and remains undefeated in the round robin tournament so far.