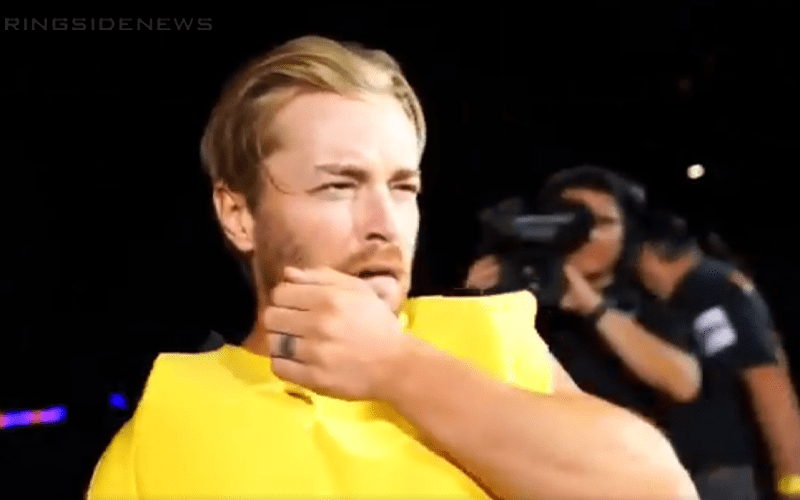 Drake Maverick is trying very hard to get the WWE 24/7 Title back. He was on the search at Comic-Con in a big way, but he came up empty handed. Then he finally found R-Truth in Columbus.

R-Truth was enjoying a little dance break when suddenly, Drake Maverick slid in the ring still wearing the banana costume that he was sporting when he crashed the Mattel panel at the San Diego Comic-Con. This did not work out very well for Maverick.

After rolling Truth up in a small package, Ron Killings kicked out and then Carmella took care of Drake Maverick from there. The former SmackDown Women’s Champion kicked Drake right in the face and sent him down as his wanted signs went flying.

Maybe Drake Maverick will finally catch up to R-Truth on Monday at the RAW Reunion. If he does finally get another chance at the WWE 24/7 Title when he might have some work cut out for him as Mick Foley also said he is after Truth’s title this Monday.