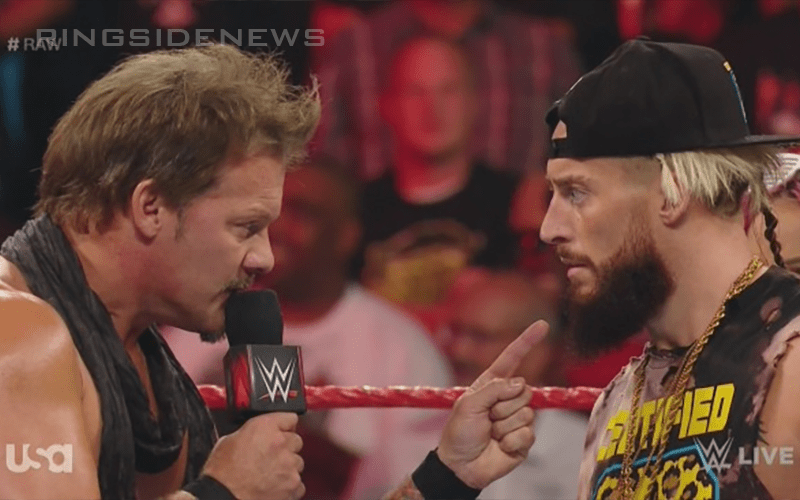 Enzo Amore likes to talk. He called himself Smack Talker Skywalker for a reason. Fans at a recent Blink-182 concert got to witness Joey Janela and Enzo Amore take part in a drunken fight. As it turns out Amore is no stranger to the idea of drunken fighting.

X-Pac commented on this recent spat between Enzo Amore and Joey Janela. This is when he was able to tell a great story about him witnessing Chris Jericho punch Amore right in the ribs followed by fish hooking his nose. At that time, Enzo Amore didn’t do anything which is very different than the demeanor he puts on.

To watch him say shit about Joey for not wanting any of that smoke, I watched fucking Chris Jericho. Jericho was drunk, we were at The Rainbow, he fucking punched fucking Enzo in the ribs so fucking hard. I couldn’t believe Enzo didn’t do anything about it. Then he fucking fish hooked him by the nose with his pinkie like this, in front of everybody and Enzo didn’t do shit. So where’s the bad ass then?

This is very interesting and came from a first-hand account of what Sean Waltman actually saw happen. So you kind of have to believe it. Either way, we’re sure that if Y2J took a shot at Enzo Amore then he probably had a good reason.