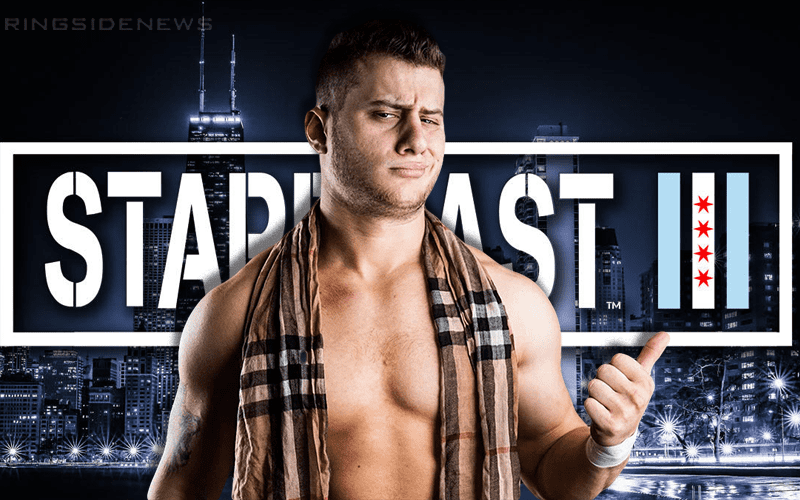 MJF might be The Salt Of The Earth, but that didn’t change the fact that he was banned from Conrad Thompson’s Starrcast event. Perhaps he upset Thompson by calling him “turkey t*ts” one too many times, but that was the case during Starrcast II.

It was rather comical to watch MJF get dragged out of Starrcast throughout the entire weekend. He was able to sneak into a couple of events that he shouldn’t have been allowed in. Thanks to top notch security, they took care of Friedman.

Now thanks to Cody Rhodes calling in a favor, MJF is no longer banned from Starrcast. In fact, he is also going to get his own special show during the convention after he apologized to Conrad Thompson. Now fans will get to enjoy MJF’s show “Lifestyles Of The Rich & Famous”… whatever that might entail.

That didn’t change his attitude for long as Maxwell Jacob Friedman made Conrad Thompson know that he’s still better than the podcaster as soon as Cody was out of the room.

This should be a very fun event and now that MJF is allowed in things have the potential to be so much better.