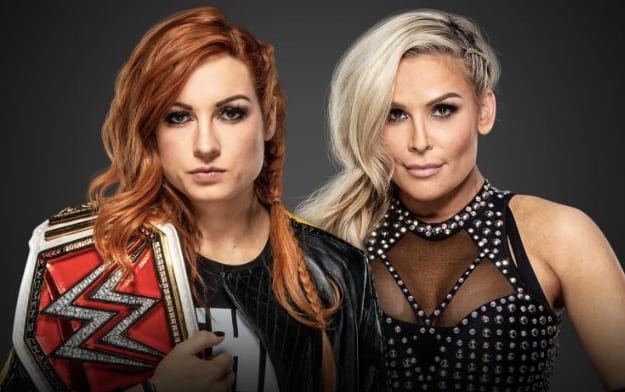 As seen on Sky Bet, the betting odds for Becky Lynch vs Natalya at WWE SummerSlam have been released.

As we saw on Monday Night RAW this past week, the booking of this match came out of nowhere a little bit. Lynch is coming off the back of that mixed tag team success at Extreme Rules, and now, she’s got a fresh feud to sink her teeth into.

Few fans would’ve believed that Natalya could be the one to dethrone Becky upon this match being officially booked, but after the intensity she was able to showcase after her match, it seems like WWE cold be onto something here.

Alas, despite all of that, Lynch is currently being priced as the strong 1/3 favourite whereas the Queen of Harts is a 9/4 underdog.

One way or the other we’re going to get a good match out of these two, and really, should we expect anything less? They’re both veterans of the pro wrestling game at this point, and hopefully between now and SummerSlam, they’re able to build towards a story that fans want to see a definitive conclusion to.

Then, if Lynch does wind up getting the win, she can move on pretty swiftly to her next challenger. After all, it’s no secret that fans aren’t exactly chuffed about the prospect of too many rematches after the last few pay per views.

Can Nattie shock the world and capture the title? Perhaps, but right now, The Man is the favourite and rightly so.