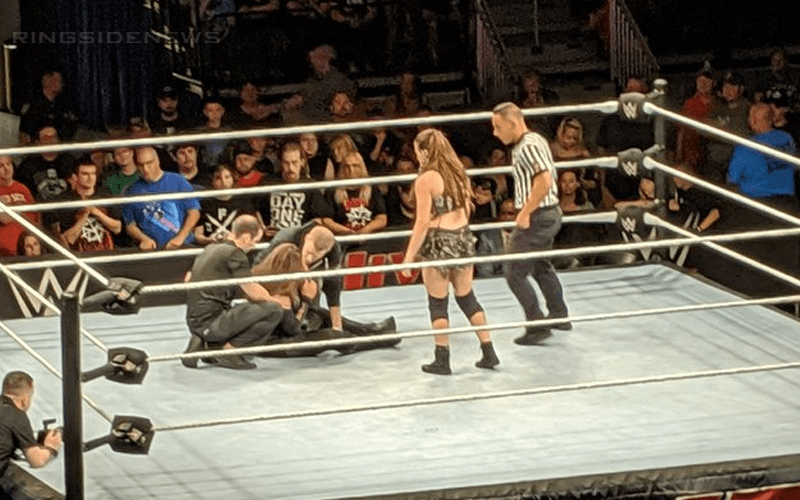 Tamina Snuka recently suffered a concussion at a house show and we are wishing her the best of luck. Hopefully, it’s not that bad, but she has bounced back from injuries before.

According to the Wrestling Observer Newsletter, Dr. Chris Amann was more concerned about public perception than Tamina’s actual injury.

Dr. Chris Amann — the same doctor involved in the CM Punk lawsuit — was reportedly more concerned about the fact that so many fans saw them tending to Tamina in the ring following her injury. The pictures circulated throughout the Internet Wrestling Community like wildfire, but that might not have been the most concerning thing considering the fact we’re talking about a concussion.

It’s funny because when Dr. Chris Amann called the office for his report, he sounded more concerned about how this would all blow up on social media because they tended to her in front of the fans

Hopefully, Tamina’s concussion isn’t that bad because those can vary in severity. We will continue to wish her the best of luck as well. In all honesty, it might have been better that fans see them tending to her in the ring so they know how seriously WWE takes such injuries.