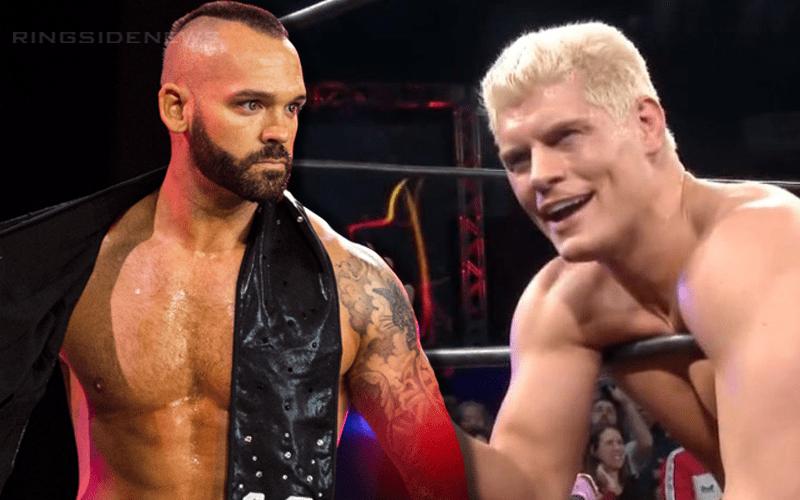 Cody Rhodes and Shawn Spears have a real history with each other. It started in WWE’s developmental system at the time when they were using OVW’s training facility. Now the two are battling on a much bigger platform after years of being friends.

Jim Ross had a chance to speak with Shawn Spears during AEW’s Road To All Out. During that conversation, Dillinger drudged up his history with Rhodes where he called him a leech and gave other examples of Cody’s trend to use people before throwing them away.

“He’s a leech. It started in OVW, it started with me. He came in, I taught him how to wrestle. He said those words, he’s made it public knowledge. Then when that ran its course he went on to bigger and better things. Bob Holly. Ted DiBiase Jr, Damien Sand*w, where are those guys now? Exactly. He latches on, bleeds it dry and moves on. He’s a leech.”

It should be noted that they bleeped the name Damien Sandow’s name because WWE owns that trademark. They’ve been doing that for every WWE-owned entity in recent weeks and one has to speculate it is done as an actual safety measure so WWE doesn’t come at them in any way.

Cody Rhodes vs Shawn Spears isn’t confirmed for All Out just yet, but we can only assume that it is going to happen and it might become a real brawl.