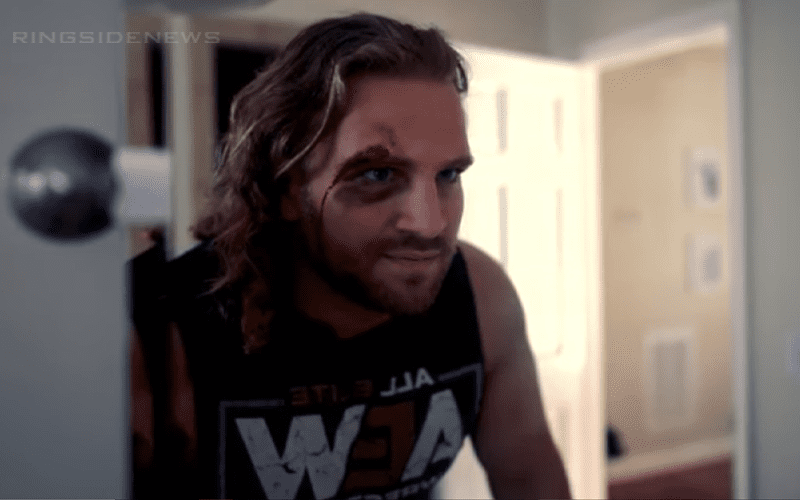 Adam “Hangman” Page has a lot to prove at AEW All Out. He is battling Chris Jericho to become the first-ever All Elite World Champion. Then things got real at Fight For The Fallen as Y2J attacked Page and busted him open.

During AEW’s Road To All Out, Hangman had a chance to cut a promo about Jericho and his upcoming match. This was introduced by Tony Schiavone who provided a great lead-in.

Page wasn’t upset about the attack that Chris Jericho laid down on him, in fact, he was thankful. Because on most mornings Hangman said he doesn’t like who he sees when looking in the mirror, but Y2J changed all of that.

Hangman continued saying how he hopes his black eye never fades and his cut never closes over his eye. Then he proceeded to rip the stitches out of his eyebrow and as he continued talking about how he wants to bleed and remember that passion he found when Chris Jericho attacked him.

All Out will be on August 31st and we will have complete coverage right here at Ringside News. Needless to say, the All Elite World Title match is going to be worth paying attention to because Hangman Page really has something to prove in a big way.