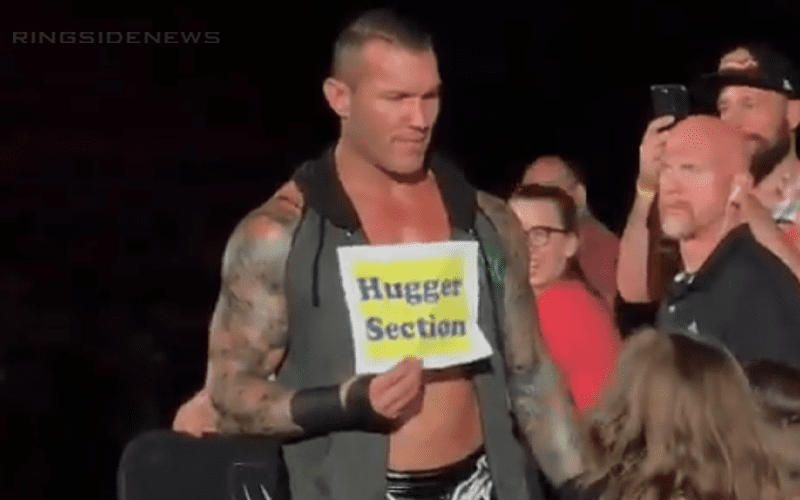 Randy Orton plays a good cool babyface, but he’s an even better cool heel. He recently decided to mess with some young fans at a live event and thankfully, it was caught on camera.

Bayley has her Hugger Section and when Orton spotted a Bayley fan with a sign, he had a great idea. Orton took the kid’s sign and teased a hug only to reject him and then turn to walk away while destroying the fan’s sign.

Orton is currently not booked for WWE Extreme Rules because he’s been out of action for a bit while dealing with a neck injury. Hopefully, he doesn’t need surgery as one doctor reportedly suggested a while ago.

He seemed to be in good enough spirits at this house show where one lucky fan got an experience with The Viper that they’ll never forget.