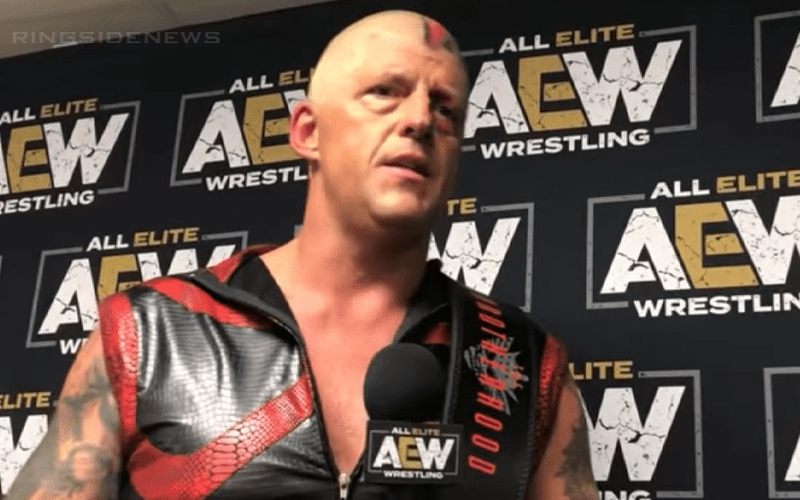 Dustin Rhodes teamed with his brother Cody Rhodes to take on The Young Bucks in the main event of AEW’s Fight For The Fallen. He admitted to the media after the event that he’s always been a singles star, but he’s obviously never above getting in a tag team.

As far as his future with AEW is concerned, he will have to see what is next. The fact is that he has found a new passion with AEW and he can see it across the board backstage in the company.

“We’re gonna see where it goes in a couple of weeks, maybe have some talks, maybe do some thinking. Maybe get into acting a little bit, you know, but I found a new passion. I found a new passion and that’s AEW. It’s a lot of fun because you see all these guys in the back who are different than the ones I’m used to.”

This is a very exciting time for the pro wrestling business and Dustin Rhodes is going to be right in the thick of it. Hopefully, as he continues with AEW he will be instrumental in many more stories to come. Because he wants to tell stories which is where his passion truly connects with All Elite Wrestling.