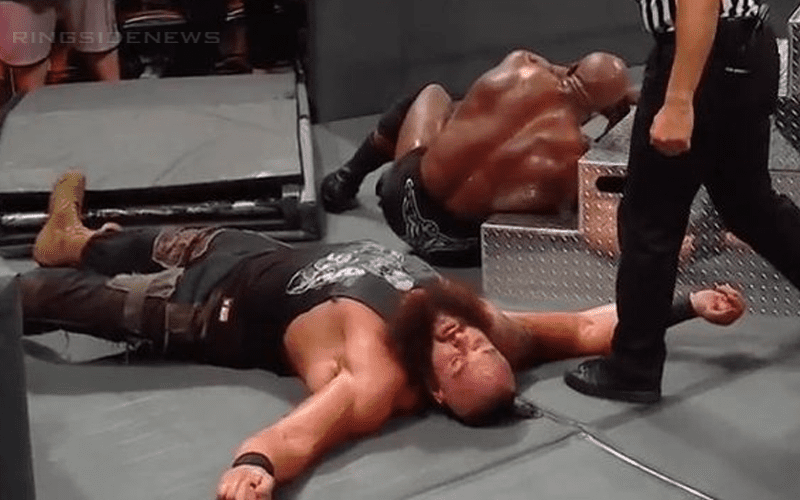 WWE Extreme Rules featured a last man standing match between Bobby Lashley and Braun Strowman. Those two fought all around the building until pulling off a high spot that got the Philly crowd very excited. There were chants of “ECW” when it was all said and done, but how was it received backstage?

We previously reported that there were a lot of people watching the Aleister Black vs Cesaro match at Extreme Rules. Brad Shepard continued to say that “the whole roster” watched Strowman vs Lashley. Obviously, they were entertained.

I was told the whole roster was watching Braun Strowman vs. Bobby Lashley backstage. I thought this match was far better than what we’ve seen between the two of them.

We will have to see what is next for Bobby Lashley after putting Braun Strowman over like this. It’s easy to picture him returning tomorrow night like nothing happened, but it might be hard to brush off an intense battle like that so quickly.

WWE is obviously continuing to build Braun Strowman like a mega babyface monster. So WWE Extreme Rules could just be the beginning of his renewed push.