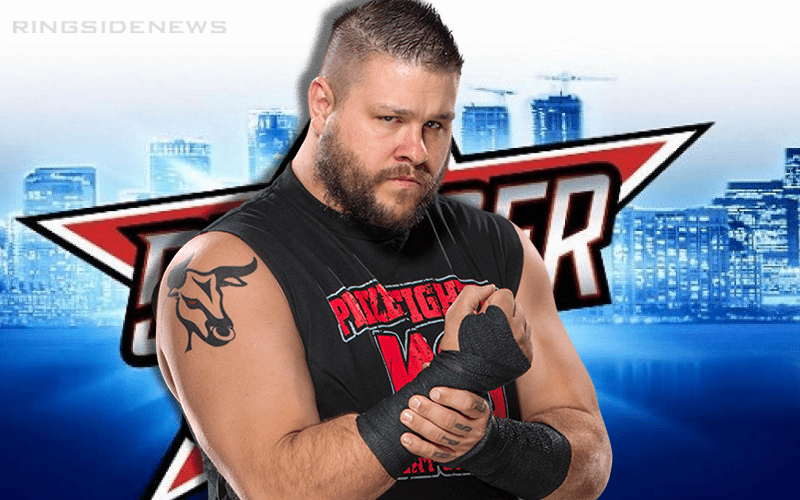 Kevin Owens showed up on SmackDown Live this week and he had a lot to say. However, Shane McMahon was quick to jump on the sound board and shut off any microphone that KO could get his hands on.

Owens’ message was quite clear: Shane McMahon shouldn’t be on WWE television.

He wanted to make a point that Vince McMahon’s son is taking time on the show from Superstars who deserve the opportunity. However, Owens was quickly ran off by security.

The former WWE Universal Champion did return during the show’s closing moments to deliver a stunner to Shane McMahon before running off. Owens later commented that this was the most liberating experience of his career. It should feel great because WWE is reportedly building him to be a “Stone Cold” level babyface.

The Wrestling Observer Newsletter stated that timing-wise this feud seems to sync up with Summerslam. It would be interesting to see Kevin Owens vs Shane McMahon at Summerslam, but we’ve already seen those two battle in a Hell In A Cell match in the past only the heel and babyface roles were reversed. Sami Zayn helped KO win that last match, but it’s unclear if Zayn will be returning to WWE television anytime soon.

It will also be rather ironic if McMahon vs Owens gets booked on such a big stage. Because it kind of defeats the point KO was trying to make when he said that Shane is taking up spots on the card from other Superstars. This match would mean Shane McMahon is booked for another one of the biggest shows of the year for his father’s company instead of someone else.