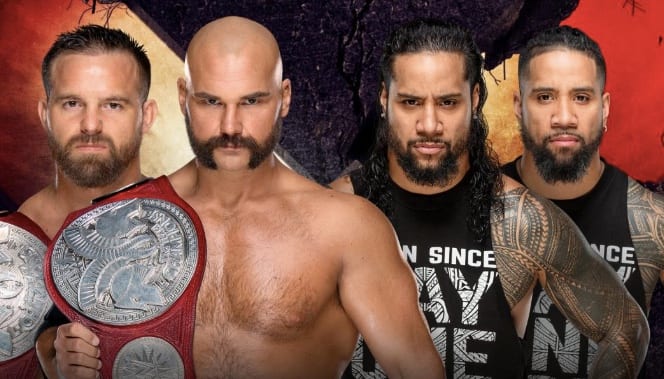 As seen on Sky Bet, the betting odds for The Revival vs The Usos at WWE Extreme Rules have been released.

When it comes to great tag team wrestling, it doesn’t get much better than The Revival vs The Usos. Obviously if they were down in NXT then they may get a bit more creative license when it comes to what they can produce in the ring, but hopefully, they’ll be given enough time to make an impact this Sunday.

Revival are going to be defending their RAW Tag Team Championships in this encounter, as The Usos attempt to become champions for what would be the seventh time in WWE.

The betting odds suggest that The Revival are indeed the favourites to retain their titles at 4/6, whereas Jimmy & Jey are underdogs at 11/10 to capture the belts.

Some of the storylines involving these two teams haven’t exactly painted them in the best light, as many fans will be well aware of, but at the very least we all know what we’re getting from an in-ring point of view. The Usos are going to bring the heat (pun not intended) whereas The Revival are going to do what they always do: be top guys.

Putting the belts back on The Usos wouldn’t be the worst decision in the world, but to be perfectly blunt, it really does feel like the titles don’t mean all that much at this moment in time. Perhaps if the current reign goes on for quite some time, that’ll begin to change.