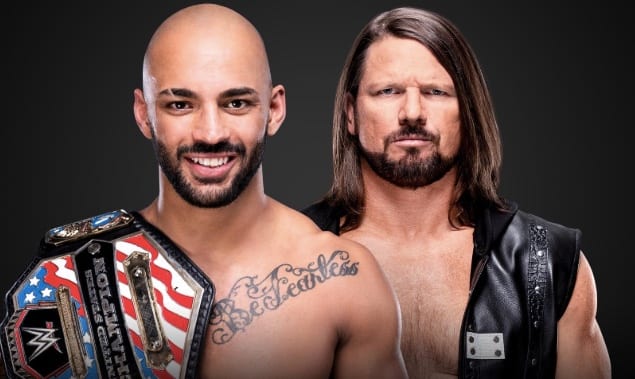 As seen on Sky Bet, the betting odds for Ricochet vs AJ Styles at WWE Extreme Rules have been released.

The developing feud between Ricochet and Styles has been pretty interesting to watch, with The One and Only having to deal with Styles’ heel turn as well as the reunion of The Club. Now, though, it seems like he’s finally starting to come into his own from a character perspective.

Ricochet and AJ are set to battle it out for the United States Championship at Extreme Rules this Sunday, and it could well be the hardest match to predict on the entire card.

The odds suggest that Ricochet is the 4/6 favourite to retain the title, but former champion Styles isn’t all too far behind as the 11/10 underdog.

We could easily see this bout going either way, because while pushing Ricochet seems like the best way forward from a business point of view, you also want to see WWE capitalise on the newly discovered intensity of Styles ever since he decided to turn heel.

Of course, he may be better suited to utilising that attitude in the main event scene, but he’s already had a couple solid world title reigns with the company. If they start to consider the possibility of getting Balor involved then it may get back to that point, but for now, this seems like a really good level for AJ to work at.

Plus, and this cannot be understated, Ricochet is going to get a great rub one way or another.