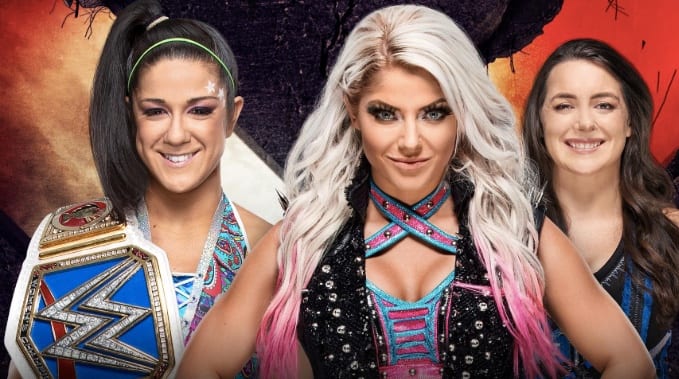 As seen on Sky Bet, the betting odds for Bayley vs Alexa Bliss & Nikki Cross at WWE Extreme Rules have been released.

A lot of fans have really been enjoying the progress of the relationship between Bliss and Cross over the course of the last few months, with the friendship leading to a title shot for Alexa. While the stereotypical way to end this storyline would be for Bliss to turn on Nikki, it doesn’t feel like it’s going to be quite that obvious.

Either way, though, they’ve got a great chance of walking out of Extreme Rules with the SmackDown Women’s Championship, as they attempt to wrestle the title away from the grasp of The Huggable One.

It seems like Bliss & Cross fans may need to wait a while before starting their celebrations, however, as Bayley is the strong 4/11 favourite to retain the championship. The duo are currently positioned as 2/1 underdogs.

Bayley has had a really strong run with the belt ever since she was able to capture it, to the point where many fans feel like she is really turning a corner in her WWE career – on the main roster, that is. On the opposite end of the scale you’ve got Bliss who has had more world title reigns than we can count, and Nikki, who is destined to be a big star in the company.

There’s a really fun dynamic at play here, in what many fans consider to be the most intriguing match on the card.