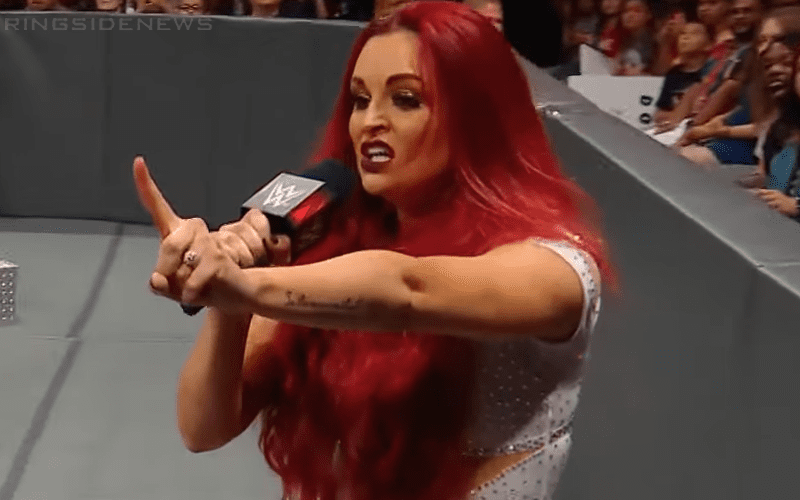 Maria Kanellis is pregnant with her and Mike Bennett’s second child. This is usually happy news, but WWE fans have really chastised her since the reveal of her second child.

Kanellis has fought back with fans on numerous occasions online and made some headlines in the process. She also appeared on Raw this week to demand ice cream and pickles while making Mike Kanellis look even more like a whipping boy.

Brad Shepard reported on Oh, You Didn’t Know that a source in WWE said that those tweets by Maria Kanellis aren’t part of the storyline. If they were then she’d be a genius. However, a majority of people have found themselves “rolling their eyes” at what she’s been saying online.

“When talking to a source in WWE about Maria Kanellis they said they are rolling their eyes at Maria and their post about ‘how dare I have a family‘ on social media. ‘Oh please, come on now. If this was trolling or part of her character it would be genius though.'”

Maria Kanellis appears to be staying on WWE television through her pregnancy. However her online controversy might not be necessarily a direction on WWE’s orders.

She is really gaining a lot of attention for it in the meantime. So it might just be her own idea which could be paying off in the long run.