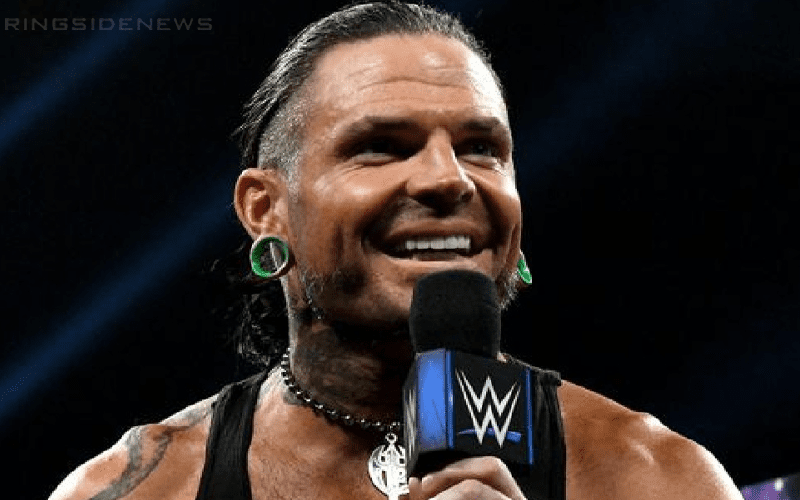 Jeff Hardy needed to relinquish the SmackDown Tag Team Titles that he just won with his brother Matt after The Charismatic Enigma suffered a knee injury.

Hardy needed knee reconstruction surgery and at this stage in his career any injury is a really bad deal. It also came at an awful time because the Hardy Boyz never got to actually defend their titles before giving them up.

Brad Shepard said on Oh, You Didn’t Know that Jeff Hardy’s recovery from injury is going very well. However, he still has quite a ways until he will be able to actually get back in the ring.

“Jeff Hardy is healing up a lot quicker than initially thought. However, his return is still a while off.”

WWE could really use Jeff Hardy’s star power back on television. He has already given a lot to the pro wrestling business and there are likely plenty of bumps to come once he can come back.

It will also be interesting to see how WWE handles his contract since he and Matt Hardy signed one-year extensions which was soon followed by Jeff going out of action with an injured knee. Because WWE isn’t shy about tacking on more time to Superstar contracts if someone gets injured and is unable to work.