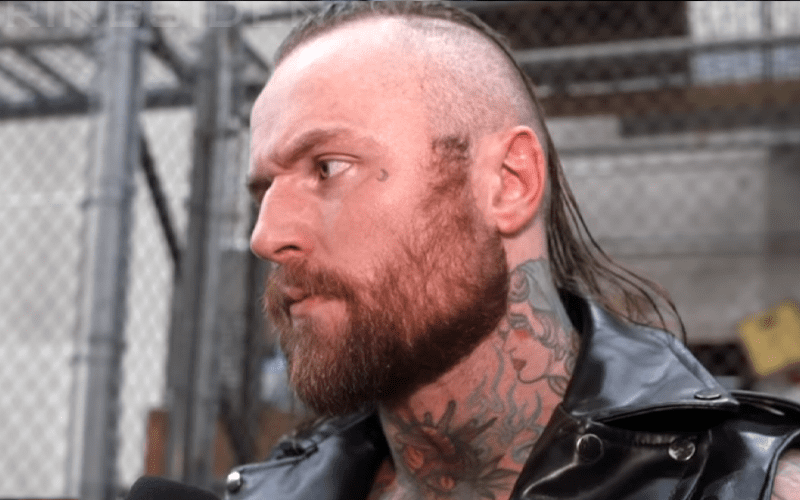 Aleister Black was on Raw and then he was switched to SmackDown Live because his wife Zelina Vega was changed to the blue brand. This was due to Andrade being in a relationship with Charlotte Flair. However, it also meant that Black was pulled from action on television.

The former NXT Champion has been featured in brooding segments for weeks where he begged someone to pick a fight with him. We are promised a reveal tonight during SmackDown Live which should tell us who knocked on Aleister Black’s door, but Brad Shepard reports that WWE is still making up their minds.

Either Cesaro or Randy Orton are expected to face Aleister Black on Sunday at Extreme Rules. I’m told that decision was still being discussed as of this morning. #WWE

Cesaro has been squashing No Way Jose on Raw for the past couple of weeks and Randy Orton hasn’t been seen. The Viper is the only one of the two who is a SmackDown Superstar, but with the Wild Card Rule in place anyone could be knocking on Aleister Black’s door at this point.