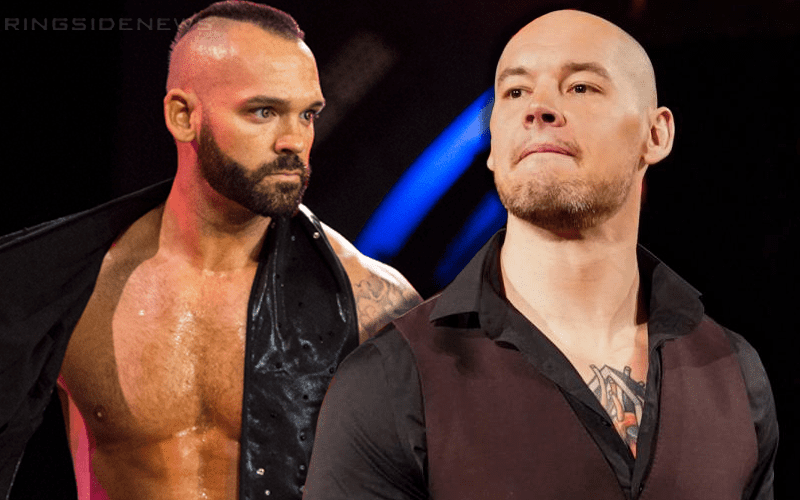 While we wouldn’t quite say that the battle lines have been drawn just yet between WWE and All Elite Wrestling, there are certainly a few back and forths on social media that have been making some waves – and that won’t come as all too much of a surprise to fans when they learn who it involves.

Baron Corbin took it upon himself to take a shot at Shawn Spears yesterday, or at the very least, ‘poke the bear’ knowing that he would more than likely get a response.

Now, Spears has fired back twice as hard, implying that Corbin is nothing more than a yes man within WWE.

This could all be a part of storyline fun, but when you consider the fact that neither man really has much to gain from it due to them being in separate and potentially even rival companies, you have to wonder whether or not there’s some genuine animosity there.

One of the most remarkable things about all of this, beyond anything else, is that Shawn has been able to go from an afterthought on WWE television to one of the most intriguing stars in the business within a span of just one night (or potentially two if you’re counting Double or Nothing).

It seems like the sky is going to be the limit for him, and when he eventually squares off against Cody Rhodes, don’t be surprised to see it take the honour of being the match of the night by quite some distance.