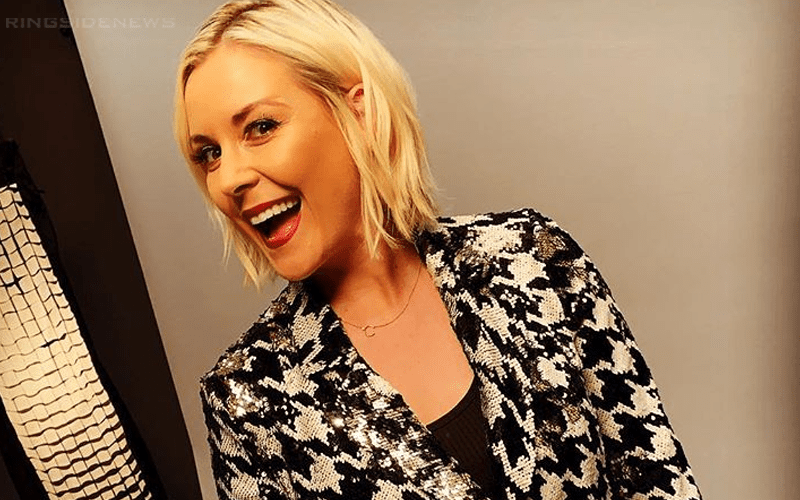 Being on commentary for Monday Night RAW must be a pretty tense job, because in addition to having millions of people listening to you week in and week out, you’ve also got to react on the fly and deal with Vince McMahon being in your ear all night long.

Ever since she joined the commentary team Renee Young has done a great job of growing into the role on RAW, to the point where many fans consider her to be one of the best parts of the team.

However, from time to time, it can be easy to lose your focus – which is what happened to her last night.

A lo of fans have been questioning when exactly she lost her cool and started crying with laughter, but regardless of when it might have been, it’s still great to see that she’s taken a laid back approach to it on social media.

Knowing what is going to happen next with Renee in regards to her career is tough, because there are a few different directions she could go in. Some fans believe that she’ll leave WWE due to her relationship with Jon Moxley, whereas others are convinced that she is going to stay put for the foreseeable future.

Either way there are plenty of options out there for her, and while she may not be everyone’s cup of tea, she’s definitely still considered to be one of the best female talents on the main roster regardless of her role.